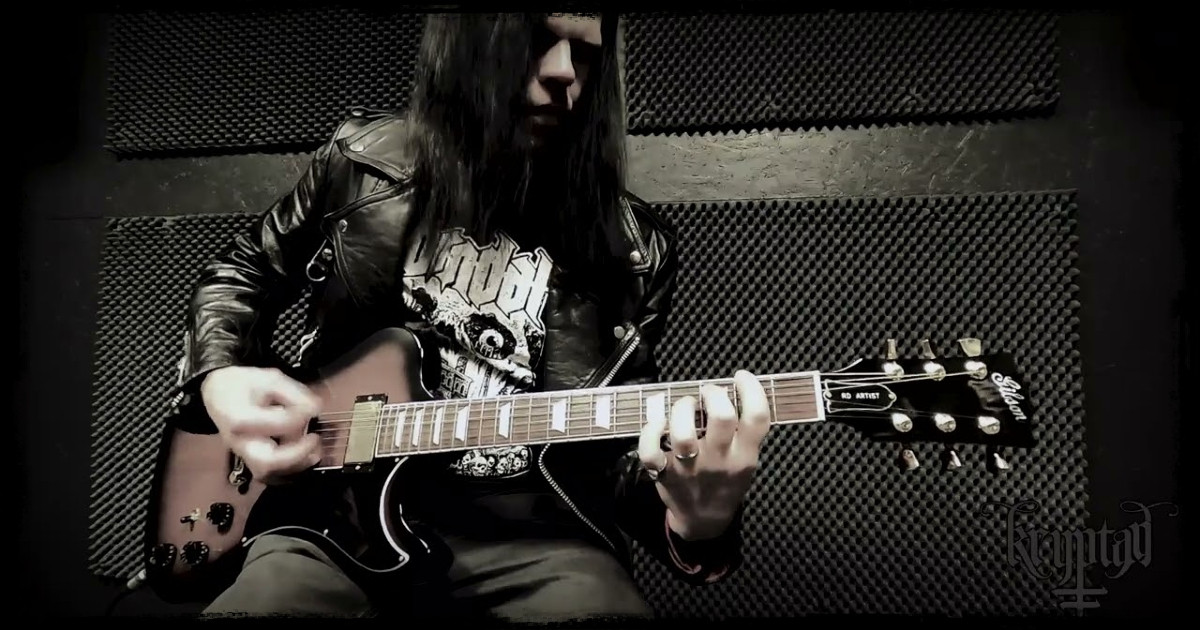 ""Kryptan", conjuring up all manner of bombastic and fierce imagery, is a harrowing debut effort and one that hints at much more to come from this side project. There is a skill to the songwriting that transcends genre, although the commitment to the tropes is really cool to hear." (Invisible Oranges)

To allow a glimpse into his playing style, Mattias Norrman recorded and filmed a guitar playthrough for the song 'Bedårande Barn'. Check the video below:

KRYPTAN are currently working on their first full-length album. All songs are composed and ready to be recorded.

"Kryptan" can be ordered via our EU, US and Bandcamp shops. The mini album can be listened to via Bandcamp or on our YouTube channel: