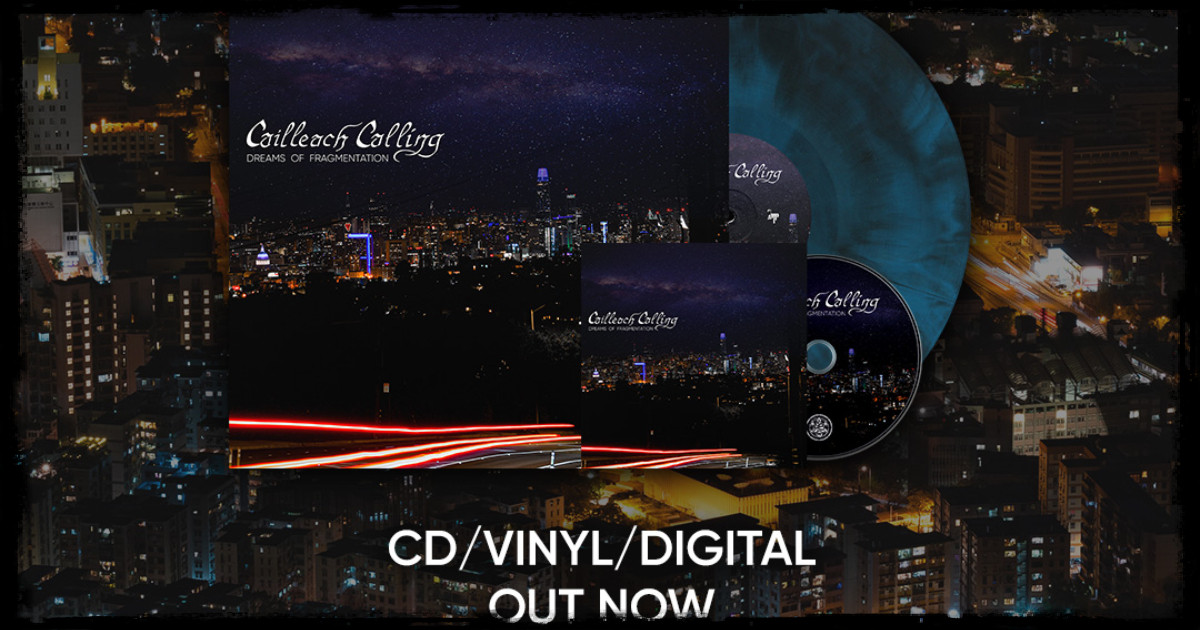 "Dreams Of Fragmentation" is officially released today (March 11th) and can be listened to via Bandcamp or on our YouTube channel:

"How do you take a sound born of woods and fjords and take it into the streets among the city lights? California's CAILLEACH CALLING seems to have found the answer on their debut album, "Dreams Of Fragmentation". The band's formula blends familiar atmospheric black metal themes with soundscapes more akin to post-rock — making for an enveloping, entrancing listen." (Decibel)

"The music does sound like neon lights, glinting gleaming in arresting but unnatural colors. The soaring and scintillating synths and the jazzy guitar solo create a magical and mysterious atmosphere, seductive but sinister (and increasingly disturbing). Meanwhile, the vocals scream in pain and the drums hammer the pulse of the music and lead us on ambling forays among the neon-lit concrete canyons while the city sleeps. A completely captivating experience…" (No Clean Singing)

The album can be ordered via our EU, US and Bandcamp stores.