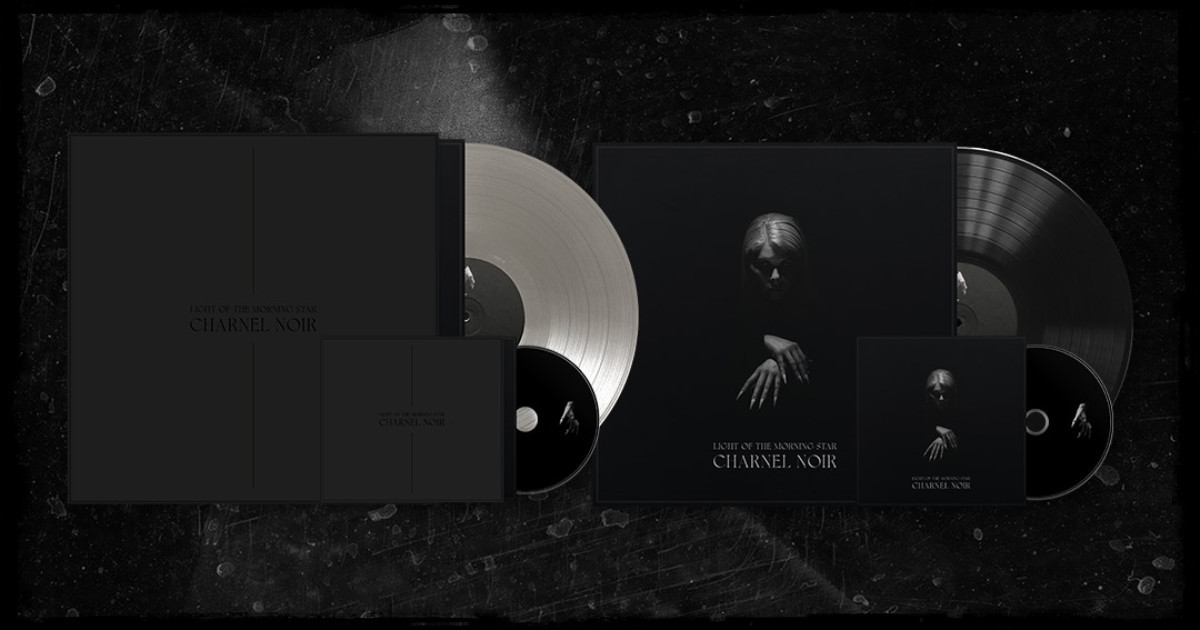 LIGHT OF THE MORNING STAR - "Charnel Noir" out now

Four years after their unholy debut "Nocta", LIGHT OF THE MORNING STAR are releasing the gloomy and darkishly beautiful second album today. Coherently evolving their style and musical fundament, "Charnel Noir" has become a rough black diamond, incorporating the melodic finesse of Gothic Rock, the heaviness of Doom, and the malicious vibe of Black Metal.

The nine shadow songs can be streamed on Bandcamp and on our YouTube channel:

Underground and mainstream press have fallen prey to the dark charm of "Charnel Noir":

"The songs are beautifully organic, yet retain their rough edges, the guitars also dare to buzz dissonantly, and the sudden openings to epic melodies feel as if one is about to enter an unending and dark abyss." (Metal Hammer Germany)

"Currently, there is nothing on the horizon which could compete with the blood filled grail of LIGHT OF THE MORNING STAR’s album. A scaringly perfect album!" (Legacy Mag)

„These 40 minutes are nothing for the weak at heart, but for sinister souls who love to drown themselves in these compositions." (Amboss Mag)

"Charnel Noir" is now available on CD and digitally via our EU, US, and Bandcamp shops. The vinyl version can be pre-ordered and will be released on December 10th.