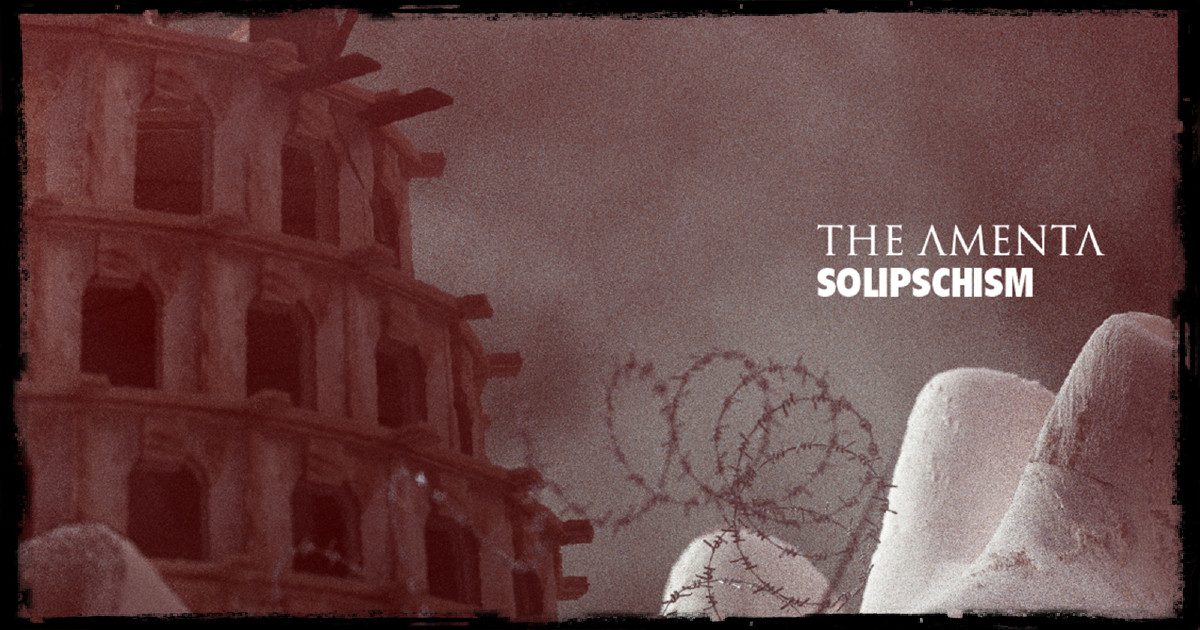 With "Solipschism", Australia's THE AMENTA announce the release of a two-track-EP following the recently unleashed comeback album. Combining dank, dub-inflected verse with grainy distortion bursts and a coda that rides a tribal rhythm into the void, the title track 'Solipschism' can musically be seen as a missing key to the puzzle of "Revelator".

Composer and keyboard player Timothy Pope narrates about the birth of these tracks:

"'Solipschism' was intended to be on "Revelator" right up until it came the time to working out the track listing. It was completely recorded and mixed at the same time as all the other tracks of the album. But assembling a track order is a process of trial and error, trying to find the best way to fit songs together so that they are complementary to each other. Sometimes a track which is excellent in a standalone form just does not fit when you come to assemble the full work. Adding 'Solipschism' to the album would have completely thrown out the balance so, unfortunately, we made the decision to cut it. However, we always liked the song and we wanted to give it a life of its own.

'Labourinth' was another track that we had written around the same time. We have always liked having instrumentals and strange ambient moments on our album (inspired in part by MORBID ANGEL, AKERCOCKE, and so forth) so we had created 4 or 5 of these tracks as potential songs for the album. Again, when collating all the tracks for the album, it seemed like the track 'Wonderlost' fit "Revelator" best, so we kept the other tracks in reserve. 'Labourinth' holds one key to the lyrical ideas on "Revelator" in its musical form, while 'Solipschism' holds more within its lyrics. There are certain ideas that are repeated across the main album in more opaque ways but are at their clearest on "Solipschism". Together, the tracks offer some important clues to the album, and it made sense to pair them together for this release."

"Solipschism" was recorded at the band's N0N studios, AAA Recording studios (drums) as well as the Violent Voice studios (vocals). The mastering was done by Maor Appelbaum (FAITH NO MORE, SEPULTURA), while THE AMENTA's Erik Miehs & Timothy Pope took care of the mixing process.

The cover artwork is a detail of the 3D model created by Metastazis (MORBID ANGEL, BEHEMOTH) for the original "Revelator" artwork. Sam Dishington is responsible for the layout and the design.

"Solipschism" will be released on vinyl on August 20th. Pre-orders for the 7'' are possible via our EU, US, and Bandcamp shops.

Australians will be able to witness THE AMENTA live this coming September. Together with EARTH ROT they will play at: 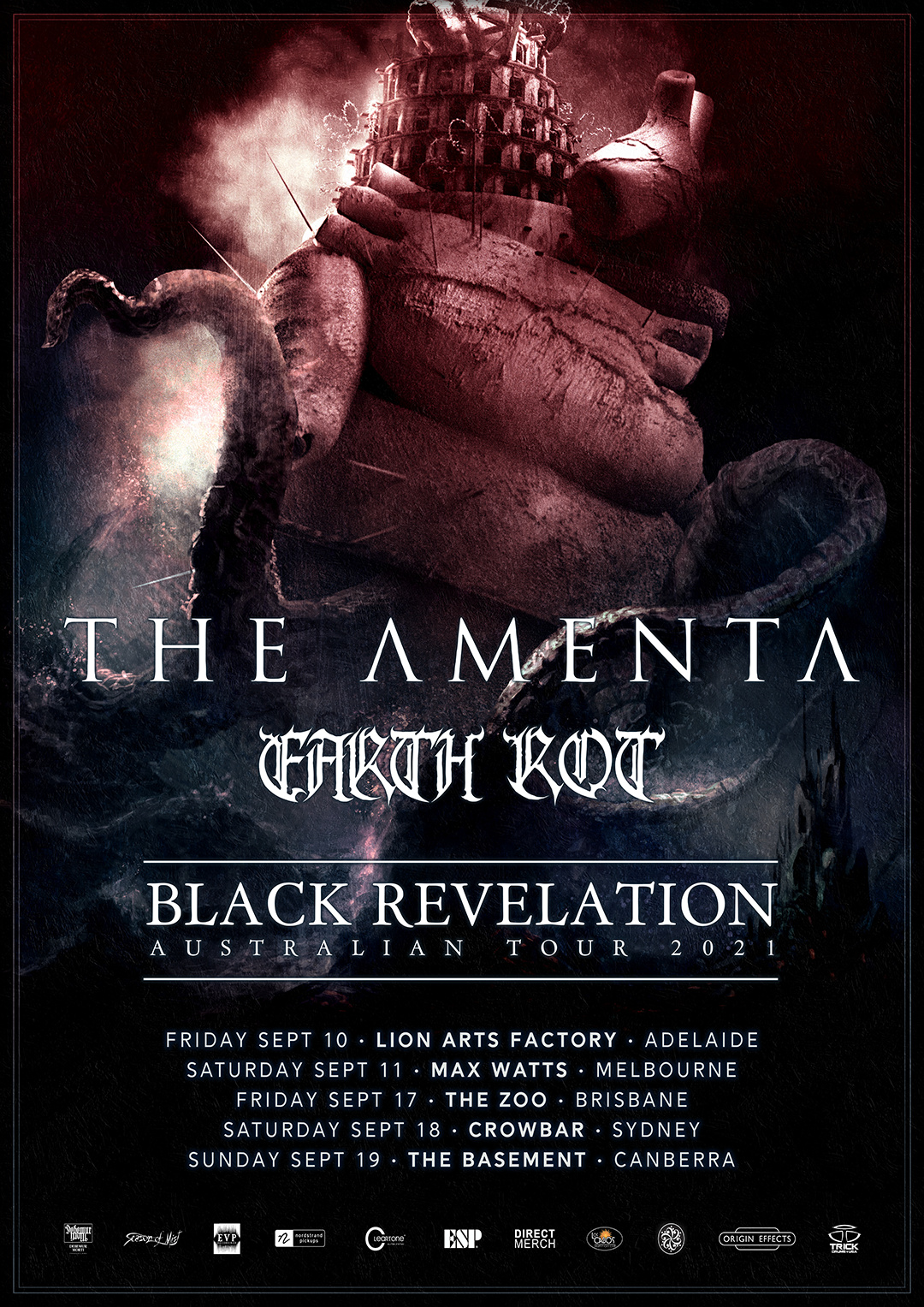