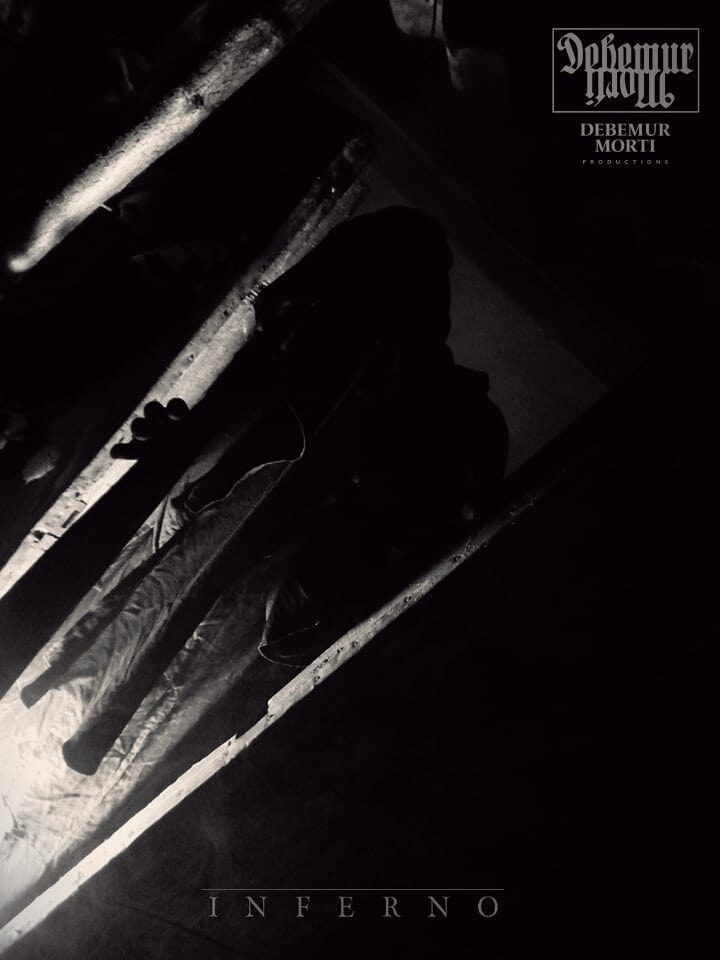 Debemur Morti is proud to announce the signing of Czechia’s INFERNO!

Formed in 1995 and adhering to radical currents of Black Metal devilry for five albums and numerous split releases, Inferno shook the underground with two daring albums of sinister surrealism, “Omniabsence Filled by His Greatness” in 2013 and “Gnosis Kardias (Of Transcension and Involution)” in 2017. Following the path winding ever downwards set out by the latest split release “Zos Vel Thagirion” shared with Greek draconian entity Devathorn, the band is currently focusing their effort on completing the upcoming long-playing opus “Phosphenes Of Aphotic Eternity”.

The band comments, “Pushing all aspects of the band to the next level has been an underlying current of thought within INFERNO for almost a decade now. Signing to Debemur Morti, a label with vision and qualities few can match, feels like a logical step in many ways since the toil on our next album brought us into truly strange realms.”

The tracking of “Phosphenes of Aphotic Eternity” will commence in the beginning of 2020 in Prague based KSV studios. Stephen Lockhart will handle mixing and mastering duties at Studio Emissary. In the subsequent months Inferno will storm concert stages with a revised setlist and renewed vigour.

Masterfully amalgamating cavernous Black Metal occultism with sinister psychedelia, INFERNO represents a high watermark for modern Black Metal, a refreshingly diabolical entity that retains its roots yet continues to push boundaries and explore new depths in a genre which often falls victim to stagnation, one which we are proud to induct into the ranks of Debemur Morti Productions.