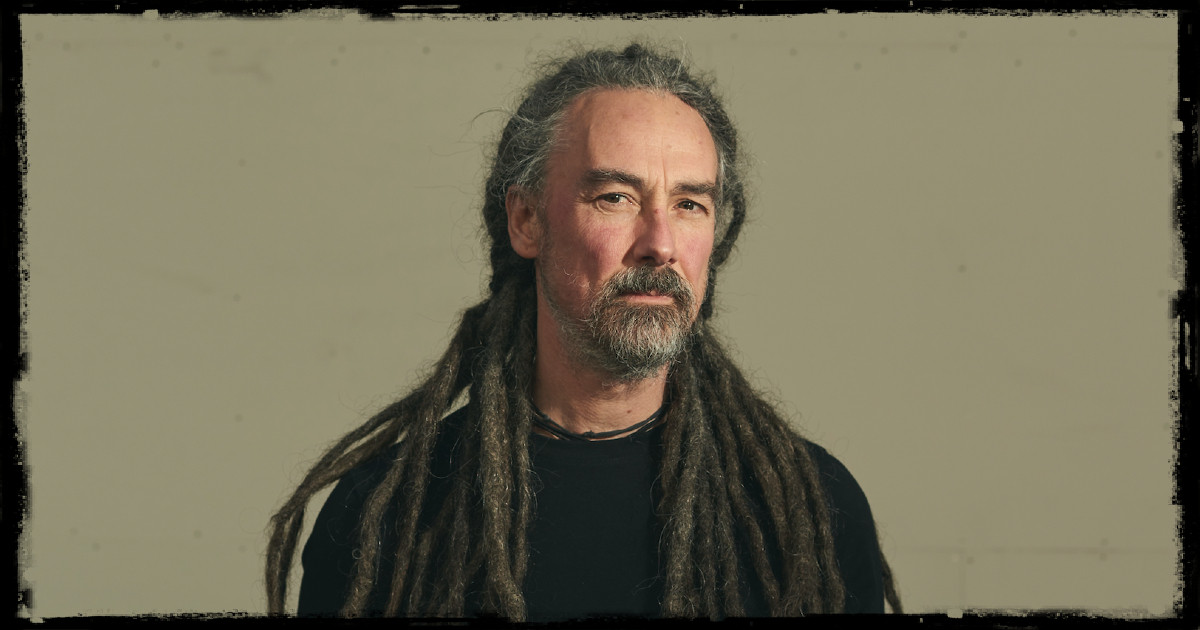 This text by Jason Köhnen was originally published on his personal blog, entitled "Welcome To My Realm Of Darkjazz". You can read more of Jason's blog posts on his website. 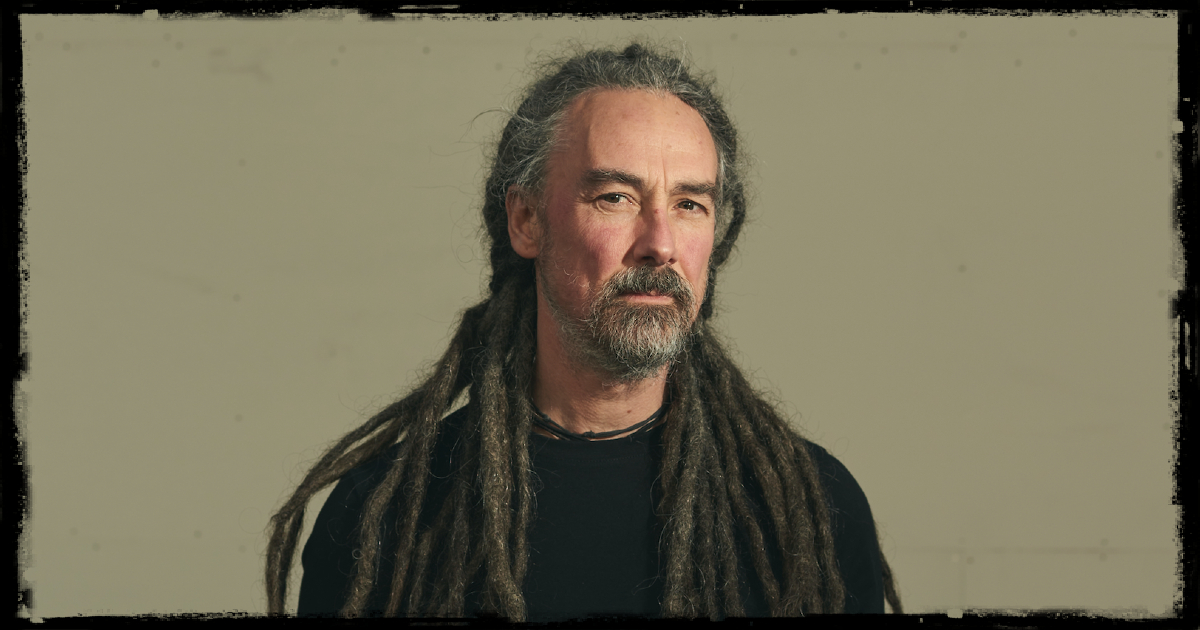 This blog post covers (in short) my personal musical endeavors into the realms of Darkjazz... which originated as an idea in 1998... and nearly reaching a 25 year journey!

A journey which I plan to develop and explore into more depths these coming years...

In 1998, while having released my debut BONG-RA album "New Millennium Dreadz" I started experimenting with jazz breaks. Inspired and motivated by the new takes on jazz from Amon Tobin's "Bricolage" together with old classic favourites like Miles Davis' "Ascenseur pour l'échafaud", John Coltrane's "Blue Train" and Pharoah Sanders, the exotica sounds of Les Baxter and Martin Denny, and the punishing album of Earache's PAINKILLER (Zorn/Harris/Laswell) "Guts Of A Virgin" were examples of the fundamental inspirational records for this personal musical journey.

In 1999 the BONG-RA song 'Darkjazz' was composed, which appeared two years later on the BONG-RA "Darkbreaks" EP, and was then where the name was coined, for me to best encapsulate the atmosphere I wanted to express: Darkjazz.

The further experimentations from then on with Dark breaks, electronica and jazz continued on the BONG-RA "Praying Mantis" EP (2004), the song 'Hiding Mask' is a pretty clear template for the future THE KILIMANJARO DARKJAZZ ENSEMBLE sound.

It was around the turn of the century that we started to compose first songs for the newly created THE KILIMANJARO DARKJAZZ ENSEMBLE project. A project where I wanted to dive further into these weird and wonderful experimentations of jazz with dark cinematic vibes, post-rock and electronica. It took a good 5 years to finally get a record deal, as no label was interested in signing the project, but thanks to Planet Mu (after releasing the BONG-RA vs VENETIAN SNARES EP) the gates were opened to the release of the THE KILIMANJARO DARKJAZZ ENSEMBLE debut album in 2006.

On the verge of the TKDE project never happening, the self-titled debut nonetheless luckily got released in 2006. What followed where three great albums and one EP as well as a live album, of which "Here Be Dragons" became somewhat of a cult classic.

To give ourselves the room for improvising within the TKDE setting, in 2007 THE MOUNT FUJI DOOMJAZZ CORPORATION was created as the 'sister' project to TKDE where improv and live recordings would be released – five albums, each with a different line-up and introducing guest musicians together with a certain amount of TKDE members. My personal favourite being "Succubus", a lovely improv session recorded in Rotterdam while projecting Jess Franco's 70's sexploitation movie "Succubus".

Unfortunately, TKDE and TMFDJC disbanded in 2013. Denovali Records have taken charge of repressing the albums with awesome quality. The physical re-releases can be found here.

In between the disbanding of TKDE and TMFDJC there where two temporary projects with which I had slight musical flirtations with Darkjazz. The first was WHITE DARKNESS (2007-first ever release on Roadburn Records), a kind of avantgarde doom/neo-apocalyptical-classical project with a conceptual goal to compose the most uncomfortable and nihilistic music mixed with doom metal elements. 'Hibernate staleobjectexception' has subtle Darkjazz hints at the end of the song. PORCELAIN MINOTAURS (2010) was an experimentation into trip-hop with Darkjazz, very reminiscent of the TKDE "Mutations" EP. 'Wither/Reptilian II' has some very heavy doomjazz parts near the end.

After a short hiatus, the next adventures came with the solo project THE THING WITH FIVE EYES. Having already started diving into Arabic scales and instrumentations, it became a challenge to experiment with mysticism, darkjazz and with a touch of arabesque. In 2014 the 1st THE THING WITH FIVE EYES EP "Glory" saw its release, followed by a live studio session called "Kosmos", and then the debut and also final album "Noirabesque" in 2018.

Around the same time, together with Hungarian drummer Balazs Pandi, the KÖHNEN PANDI DUO released a couple of digital and cassette releases with some more dark free-jazz and noise sessions. These live sessions contained hints of THE THING WITH FIVE EYES songs as the recordings were made in between the recording of the "Noirabesque" album.

It's also around this period between 2017/2018 that I started experimenting with a super heavy ritualistic form of Doomjazz for the new musical direction of my BONG-RA project.

"Antediluvian" was the first step into the monolithic doomjazz sound with BONG-RA. Combining elements of frantic free-jazz drumming and psychotic saxophones mixed with ultra heavy distorted bass guitar. Officially released in 2018 on Svart Lava Records, but properly re-released on Tartarus Records in 2021, "Antediluvian" got raving reviews and paved the way for new roads in the Doom Metal genre. The follow up to "Antediluvian" has been recorded and was just released in summer 2022. "Meditations", inspired by the works of the Stoics, is the second in this new series of doomjazz explorations.

Not as much Darkjazz, but a logical progression from the disbanded THE THING WITH FIVE EYES project, MANSUR dives into mysticism and Transcendentalism. Together with partners Dmitry El Demerdashi (known from his work with PHURPA) and Martina Horváth (known for her work with THY CATAFALQUE) we dive into the abstract and the divine. Songs like 'Aurelius' and 'Pentatonic Ruins' from the respectively "Karma" and "Temple" releases on Denovali Records show the diversity in sound and journey into the more atmospheric palette of darkjazz.

From MANSUR came MASKXSOUL, a lovely intimate project with Dmitry and Tatyana where elements of darkjazz are combined with murder ballad chansons. Predominantly adding production skills and input into their compositions. The EP "Onegin" contains some remixes from my other projects. The same titled full album was released on Denovali Records in autumn 2021.

THE LOVECRAFT SEXTET has certainly become my main project in where I dive back into these peculiar realms of Darkjazz, making the circle complete...for the time being! With THE LOVECRAFT SEXTET I intend to explore all the possible options of mixing and fusing the dark elements of different genres, with Darkjazz as the main ingredient. The debut "In Memoriam" explores the concept of grief and loss, creating a piece resembling a (Gregorian) funeral dirge, of which I wrote a short-story accompanying the album. "Nights Of Lust" dives into the Horror B-Movie universe, inspired by the 80's sound palette and composers like John Carpenter. The third album "Miserere", released on Black Metal/Extreme Metal label Debemur Morti Productions, is a Blackmass Doomjazz experience never heard before.

Thank you for your time, and I hope you found this short explanation of my ventures with and into the realms of Darkjazz a worthwhile read.

All of these releases are available via my Bandcamp page (either direct purchase or a link to one of the label's pages for purchase)!