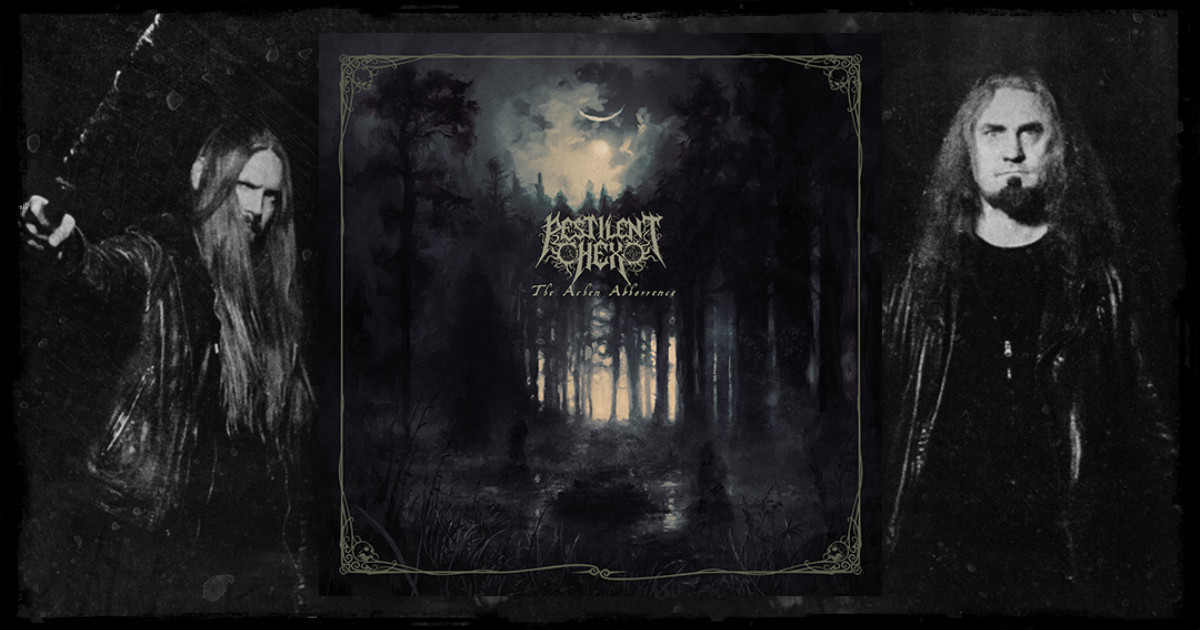 "Such an impressive sound consisting of symphonic textures, strong and forceful riffs as well as a feeling of grandeur is not easy to create. These Finns really earned our respect! – 13/15 points" (Legacy Mag)

Drinking deep from the well of '90s second wave Black Metal, PESTILENT HEX are one of the few current artists who magnificently integrate symphonic elements into their harsh sound. On "The Ashen Abhorrence", the Finnish band present six haunting hymns to the darkness, characterized by long-winded screams, ghastly keyboard layers and hypnotic riffing. Shortly before its official release, we collaborate with Black Metal Promotion YouTube channel for the full album stream of PESTILENT HEX' debut. Listen to the long player here:

"The Ashen Abhorrence" is structured according to musical chapters, thus following a specific dynamic and flow. Vocalist and lyricist M. Malignant elaborates:

"The track list is, by coincidence or by pure intuition, the exact same order as the songs were written chronologically. The same can be said about the lyrics. Not a very common or perhaps even practical way of writing things, but for this album everything just seemed to flow that way. The first track set us mentally on a specific trajectory and then we just let the story unfold, with the last track being somewhat of a summary and a conclusion of the whole journey musically.

The album is a concept album with a storyline that runs through each track. The lyrics and music were worked on separately at first, but there was some back and forth with us at a later point about the album's narrative. The form and style of the music hugely affected the style the lyrics would be, as they should walk hand in hand – with this I mean the choice of words and type of language used depict (or 'paint') a certain visual image and scenery that matches the sound. The story I wanted to tell was there already since 2015, as it is based on certain events. But it took me years to write it in the correct context and in a way that felt right for me, and PESTILENT HEX proved to be the perfect channel for this."

The eerie grandeur and sinister atmosphere of the album is furthermore underlined by the cover artwork. The picture was digitally created by musician L. Loathe himself. He comments:

"I had a strong vision of what I wanted to communicate with the artwork but struggled a bit with the composition and some conceptual details - what would be the perfect balance between 'over explaining' and too abstract and out there. The main themes revolve around the lyrics with added emphasis on time (or timelessness to be more exact), place and how it is a subjective experience depending on different factors.

I have switched to digital painting some years ago as it is getting more and more realistic with how the brushes would behave and color flows, et cetera. I have previously used oil colors, and while I partly wish I could use them again, I do not have a proper space nor time for that."

PESTILENT HEX' debut will be released on CD, vinyl & digitally on July 8th. Pre-orders for the album and a t-shirt design (men/women) are now possible via our EU, US (no merch) and Bandcamp shops.