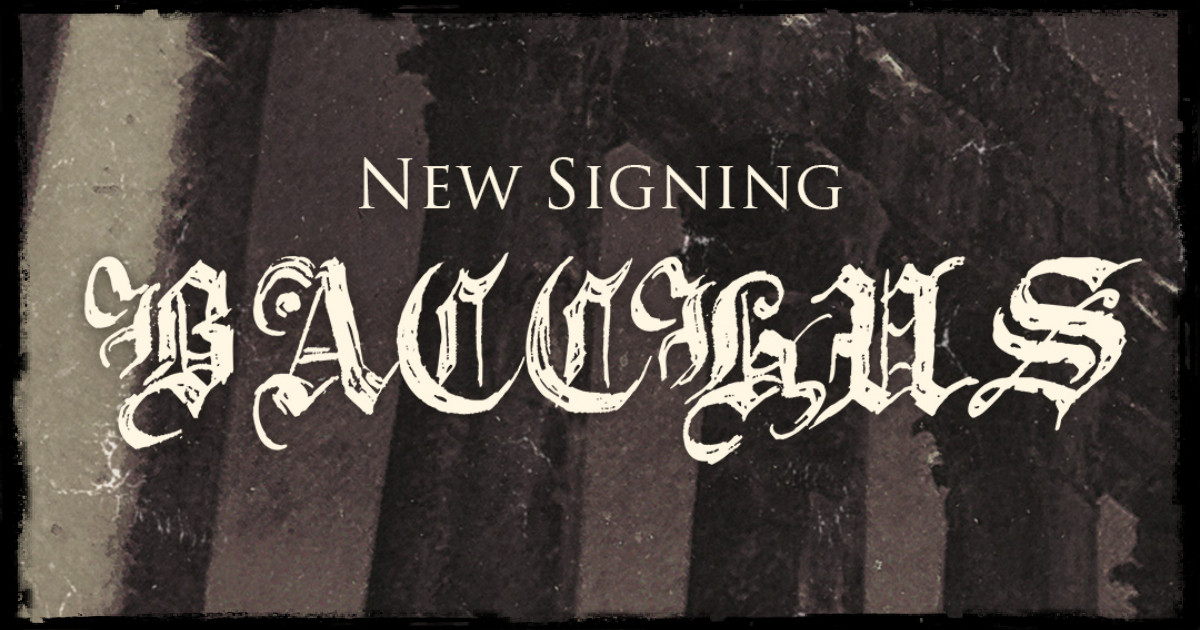 Vocalist, bass player and guitarist Sébastien B. comments on joining the label:

"Debemur Morti is a label that we have been following for about ten years now. They have always shown the passion to push excellent artists and merchandising while prioritizing quality. Joining this circle of bands like, for example, BLUT AUS NORD, AKHLYS and THROANE is a real achievement in itself. Phil had even set up a private collective, named 'Order of Outer Sounds', where enthusiasts could exchange with each other, get access to previews, special merchandising, but also be in touch with the label's bands. It is because of this passion that we are proud to join Debemur Morti. Of course, beside this passion, we expect to gain visibility, to be able to stand out and to see our physical album be released in the usual quality of the label."

The Art of BACCHUS is undoubtedly created in the tradition of Black Metal. However, the musicians display a unique take on this genre:

"The music of BACCHUS draws its inspiration from altered states induced by substance abuse and the intoxicating creativity that comes from it. Our music aims to take the audience in an introspective and psychedelic journey, with contrasting emotions. Ultimately the darkness emanates from inside, from the listener themselves, and should be both exhilarating and disturbing."

Those already familiar with their first EP may expect a continuation of sound and concept:

"The public can expect an album in the continuity of the first EP, but more accomplished, of course, as much in the Art itself as in its quality concerning the mixing and mastering. For those who will discover us, I would say that it represents a certain mix of genres, with influences ranging from occult Death Metal to atmospheric Black Metal, but also integrating some dissonant touches, the whole gorged with synth and lyrical voices."

The debut will be released in 2023. More info will be unveiled in due time. Meanwhile, listen to BACCHUS' first EP via Bandcamp below: