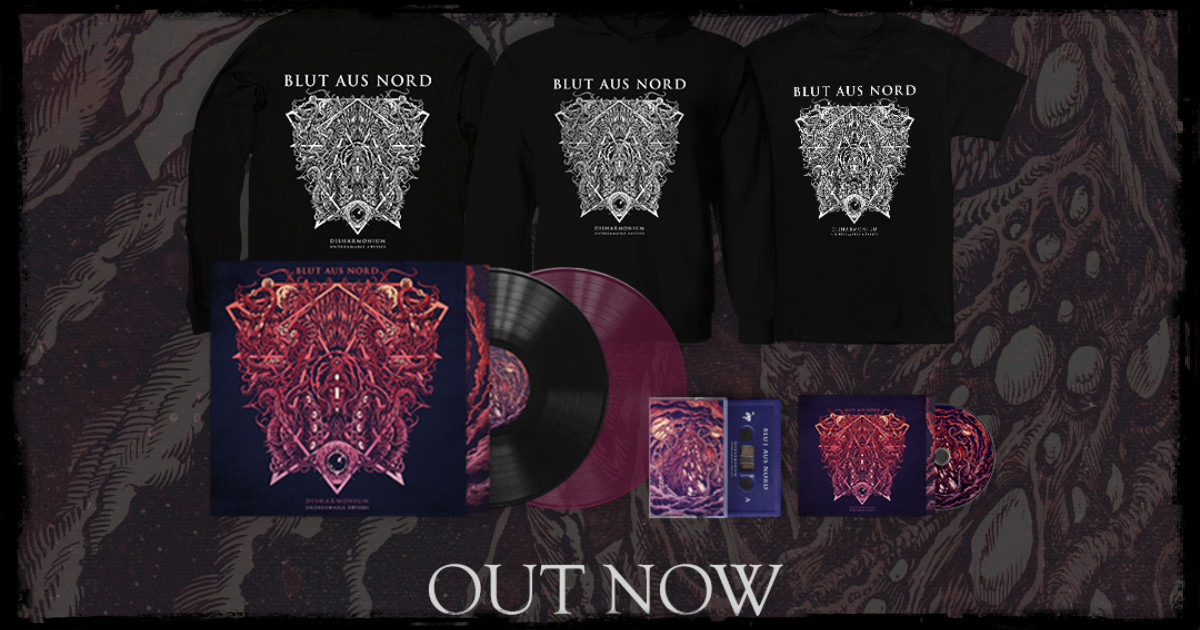 Three years after their progressive and psychedelic masterpiece, "Hallucinogen", BLUT AUS NORD officially release their new album. "Disharmonium – Undreamable Abysses" is neither a direct continuation of its predecessor nor a glance back to the project's roots. Much more, the latest work of Art of the French project opens a unique sound portal into the heart of Lovecraftian horror – without losing the eerie and otherworldly signature sound BLUT AUS NORD is famous for.

"One of BLUT AUS NORD’s greatest strengths is their ability to write batches of music that deliver a consistent and distinct melodic through line. Time and again, Vindsval has proven himself a virtuoso of curating themes, and "Disharmonium – Undreamable Abysses" is no different. It is an exceedingly immersive album due in no small part to the band’s ability to maintain ubiquity throughout the record's seven tracks, where each song feels haunted by a similar atmosphere of antediluvian horror." (Invisible Oranges)

"Much like its grotesque, eye-gouging artwork (courtesy of Maciej Kamuda), "Disharmonium – Undreamable Abysses" is a monstrous creation of many twisted, tangled parts, one which defies easy categorization through its willful embrace of sheer sonic excess." (No Clean Singing)

The album is available on CD, tape, vinyl and digitally. Additionally, various merch designs as well as two new patches accompany the release. Everything is available via our EU, US (no merch apart from the white print t-shirt) and Bandcamp shops.