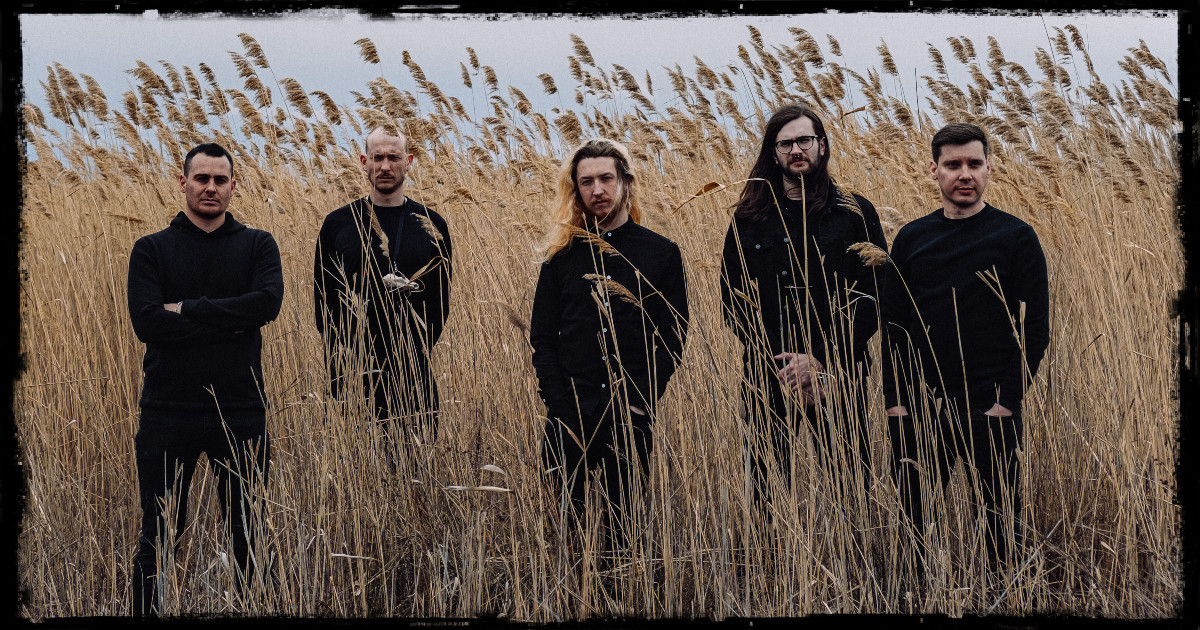 As a second song from the coming album, WHITE WARD unveil the over six-minute-long composition 'Cronus'. On it, the Black Metal experimentalists transcend arbitrary genre borders and combine seemingly unorthodox elements fluently with each other - perfectly aligning Black Metal, Jazz, and alternative Rock into a captivating experience.

Listen to the track via Bandcamp or on our YouTube channel!

Guitarist Yurii narrates about the unusual beginning of the track:

"On an early version, the opening of the track was even 'lighter' than it is now. At first, I had just a clean guitar part in my head, but it sounded too simple and empty for me. So, we decided to add a piano as well as more reverb and distort the sound of the guitar on the sax section with some shoegaze blur. The overall idea was to create an ANATHEMA-like vibe and combine it with Vitaliy's vocals."

Lyrically, the song uses the symbols and metaphors of the ancient Cronus saga to tell a story of police violence and the abuse of power. Vocalist and lyricist Andrii notes:

"The name of the song refers to the story of Cronus eating his children. The state machine also devours its infants, especially those who seem dangerous to the current order of things. It is blind and emotionless. Thus, even such innocent citizens as a five-year-old boy fall victim to the state apparatus. These ancient texts and legends are the background of every culture. Therefore, they play a role in WHITE WARD as well. However, their appearance is not always obvious and visible. This does not only account for our Art, but also concerning everything that surrounds us. There are lots of movies, paintings or pieces of writing that refer to ancient myths."

"False Light" will be released on CD (digipack & limited digibook), tape, vinyl and digitally on June 17th. Different merch designs will accompany the album as t-shirt (men/women), long sleeves and hooded sweatshirt. Pre-orders for the album and merch are possible via our EU, US (no merchandising) and Bandcamp shops.