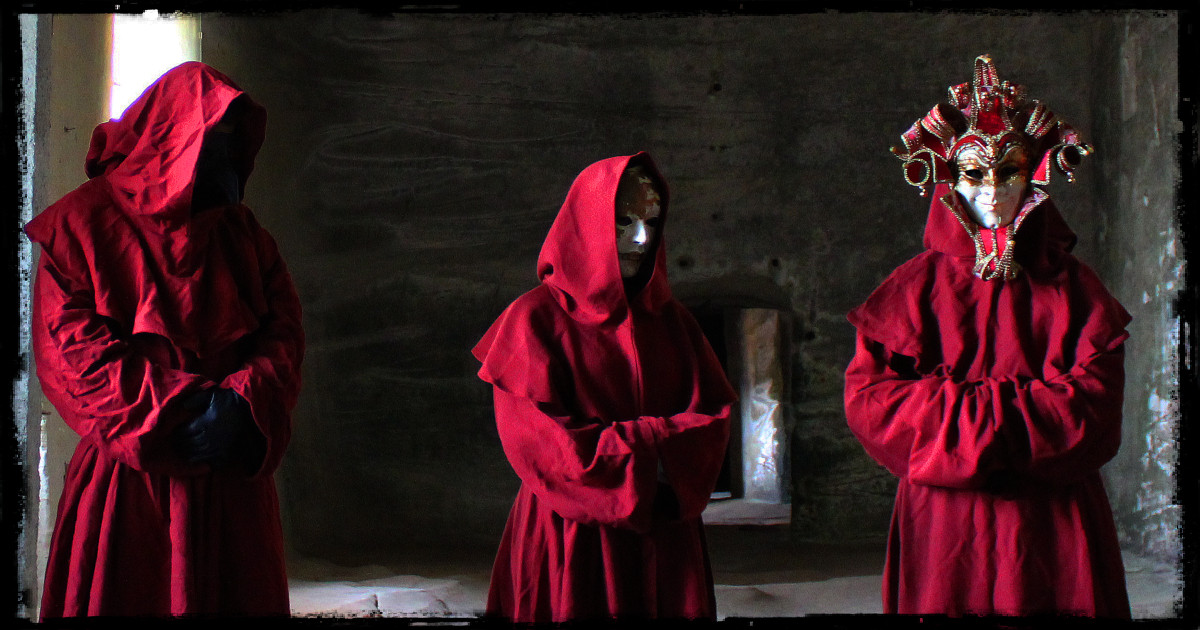 "It brings the best of classic, melody-heavy Black Metal with a modern, cavernous twist."

Vocalist and lyricist Fluss comments on the lyrical background of the composition:

"In the song 'Strepitus Mundi', Melmoth courts the beautiful Immalee to become his wife. The lyrics consist of a monologue in which he tells her what kingdom he will gift her as a dowry to the wedding. He speaks of deceased figures from history whom she will meet there. From his narration, one realizes that his realm is in the world of the dead. Melmoth tries to gain Immalee's soul through the wedding in order to exchange it for his own at the end of the 150 additional years to his life – which he obtained through a pact with the devil. So, through this wedding, he wants to avoid pawning his own soul to the devil after the expiry of the agreed additional years of his life."

Composer Berg adds about the musical dimension of the track:

"The musical implementation is influenced by the content of the book, but the first part and the second part of the trilogy should also be different, otherwise it will be boring. Therefore, we wanted to become a bit darker and faster. As far as the musical development is concerned, you must distinguish a bit between what I personally like most in Black Metal and what Black Metal elements AARA uses. When I listen to Black Metal, it is mostly releases from the end of the 90s and those that were unleashed during the 2000s – preferably something that has a certain cultic, mysterious, or morbid touch. Most of the stuff that came out after 2010 is not my cup of tea. This seems perhaps like a contrast to what we do in AARA, as AARA is usually seen as modern Black Metal, at least connections are also drawn to modern atmospheric Black Metal and even Post Black Metal. But I see AARA as a project in which I simply do what I want without following a certain style or copying what I enjoy most in other bands. Many musicians start with the basic idea that they want to sound like band XY which has already achieved a certain popularity. This can lead to something interesting but also to a lot of rubbish that nobody needs. Since I am not a particularly great musician, I do what is possible for me and implement what I can to get as close to the music I imagine. You cannot avoid certain inspirations, but AARA consists mostly of spontaneity and the desire to create something new.

I think that good Black Metal brings a certain honesty to human existence. These feelings are a reality in each of us, but usually they find no place in public and interpersonal exchanges. Black Metal actually celebrates the weaknesses, suffering and cruelty of existence in a way that you can draw strength from it."

"Triade II: Hemera" will be released on CD, vinyl and digitally on May 13th. Pre-orders for all physical formats and high-quality merch are possible via our EU, US and Bandcamp shops.