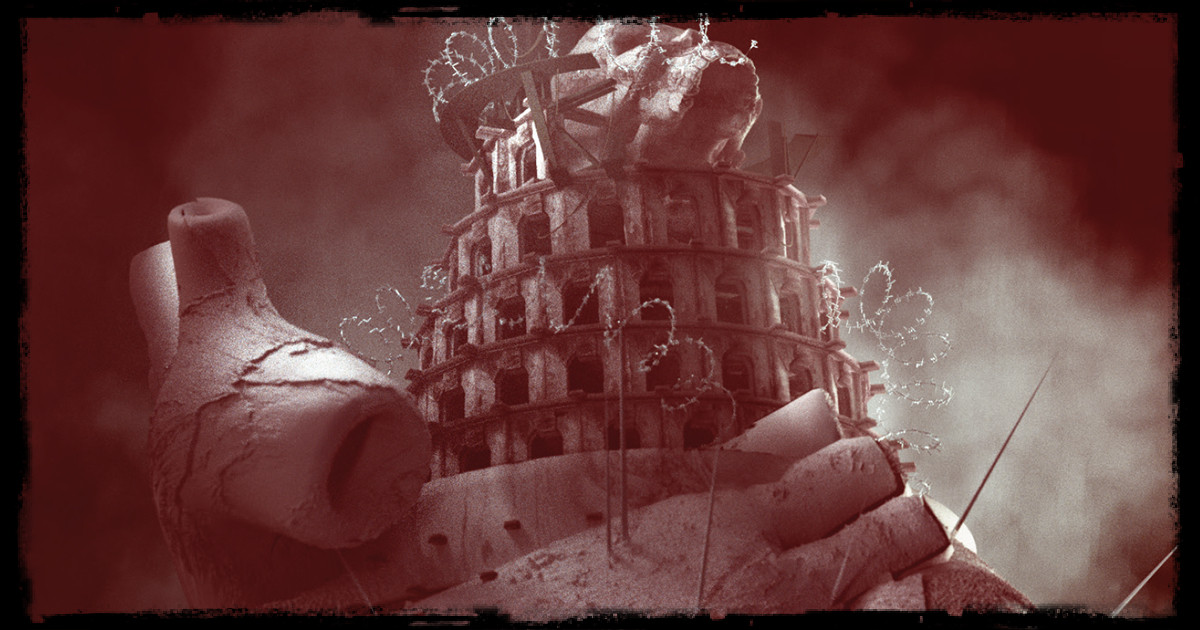 As was most of 2020, 2021 proved to be another tough year for bands, labels, festivals and basically everyone involved the Metal scene. Nevertheless: due to all the obstacles in the live sector, musicians and artists focused their creativity and potential on creating new albums and compositions. With this ongoing retrospective, we invite you to look back onto our releases of the year 2021 and discover missed works of Art!

On February 19th, Australia's extreme Metal band THE AMENTA officially celebrated their comeback with their new album "Revelator" after eight years of silence. This long player is the unexpected successor to the 2013 released "Flesh Is Heir" and contains nine compositions of 45 minutes length. Cain Cressall (vocals), Erik Miehs (guitars) and Timothy Pope (samples, programming) developed a whole new sound universe for THE AMENTA and expanded their musical vision even further. The same accounts to the follow-up EP "Solipschism" (released in August) whose two songs may be interpreted as an addendum and a hidden key to understanding the musical and lyrical concept of "Revelator".

One can immediately feel the pulsating energy and the will to experiment present on THE AMENTA's "Revelator", as DMP's Jonathan describes:

"Without doubt, THE AMENTA are consciously crafting compositions which do not disclose themselves during the first, the second or even the third spin. Listen to the the epic 'Twined Towers', the harsh and raw 'Overpast' or even the calm ambient track 'Wonderlost' with a bit of Noise elements woven into it – these songs need time to develop and to get stuck in your ear, brain and heart. Even the seemingly more linear and sometimes almost catchy compositions like 'An Epoch Ellipsis' have their twists & turns as well as their unexpected elements. All these characteristics challenge the casual listener and force followers of extreme Metal to rethink the boundaries of this music. It is more than adequate that one song on the EP "Solipschism" is aptly titled 'Labourinth'. Both releases as a whole as well as their individual compositions form a musical and lyrical maze through which the listener must build their own path. Sometimes it is exhausting, but all the time thrilling, exhilarating and full of surprises!"

Composer and keyboard player Timothy Pope narrates about THE AMENTA's comeback album and the last year:

"Firstly, it is fucking great to be back. The release of "Revelator" and its silent twin, "Solipschism", was the culmination of many years of work in the shadows. Erik, Cain and I had been slowly constructing, deconstructing, refining and defiling these songs for so long that it was a completely surreal moment when they were finally released, and we began hearing people's thoughts. One thing we were interested in was how people would respond to the songs that often perversely moved away from what people might have assumed was our core sound. Of course, to us, this is just the next step in the same process that birthed all those blast beats and chainsaw gutsfucks so it was all a natural process for us. Thankfully, people really responded to the album, and a large part of the thanks for that goes to Debemur Morti Productions who is the perfect partner to unleash such a strange album.

2021 was a strange year for us. Obviously, "Revelator" was released right at as the pandemic situation seemed to get more and more serious, at least for us in Australia. It meant that we were not able to tour the album as we might have in the past. In fact, we only got one show in 2021, with the rest of our Australia tour getting destroyed by border closures. Thankfully that one show was a huge one, at the Dark Mofo festival in Tasmania. It was a killer way to return to the stage!

We are very glad to have been able to still present some visual aspects of the band, despite the inability to get out and play. Our videos for 'Sere Money', 'An Epoch Ellipsis', 'Psoriastasis' and the piece de resistance, 'Twined Towers', are the best indication of the horror and uncomfortable, savage joy of one of our shows."

Furthermore, Timothy Pope discloses that new material is already in the works:

"Now that we are 'back', we intend to stay back. We have another recording project which is practically finished, which will be released at some point next year. Something different, still in the shadow of "Revelator" but not directly connected. I don't want to give too much away yet, as we are big believers in keeping our cards close to our chest, but we are excited for people to hear it. Suffice to say that it will continue the journey into confusion and eerie uncertainty which has been our wheelhouse for so long. Once that is square away, we are working on writing the full length follow up to "Revelator". I can't say what it will sound like yet. I know Erik has a few ideas already percolating, I have a few riffs and concepts that I am playing with, but it won't have any identity until we get together and start seeing what sparks our excitement together. Again, all we can confidently say is that it will be fucking odd."

"Revelator" as well as "Solipschism" can be listened to on Bandcamp as well as on our YouTube channel. Both releases are available via our EU, US and Bandcamp shops.