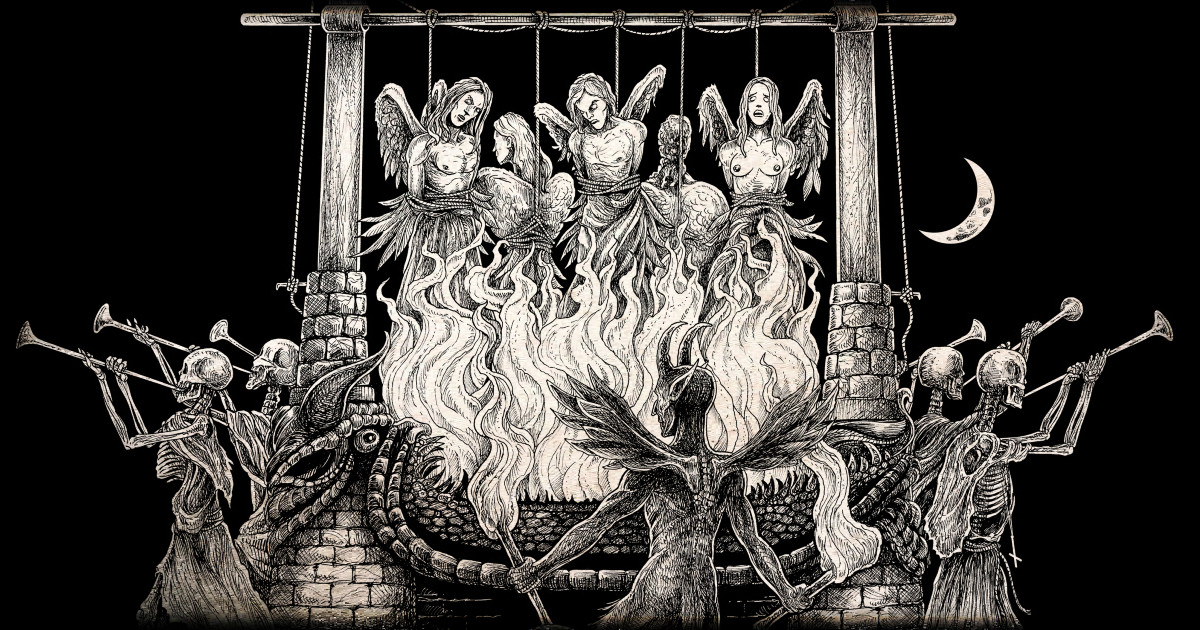 32 years after their formation, ARCHGOAT stand firmly as one of the most consistent Black Metal band the scene has ever seen. On November 26th, Ritual Butcherer (guitars), Lord Angelslayer (vocals & bass), and Goat Aggressor (drums) will unleash their fifth full-length album. Recorded over two days in foulest 2021, "Worship the Eternal Darkness" has all the thematic unity, arcane knowledge, otherworldly class, and divine filth expected from such a renowned band.

"Worship The Eternal Darkness" will be released on CD, tape, vinyl, and digitally on November 26th. High quality merchandise (t-shirt, long sleeves shirt, and hooded/zip sweatshirt) will accompany the album. Pre-Orders will begin on September 6th. 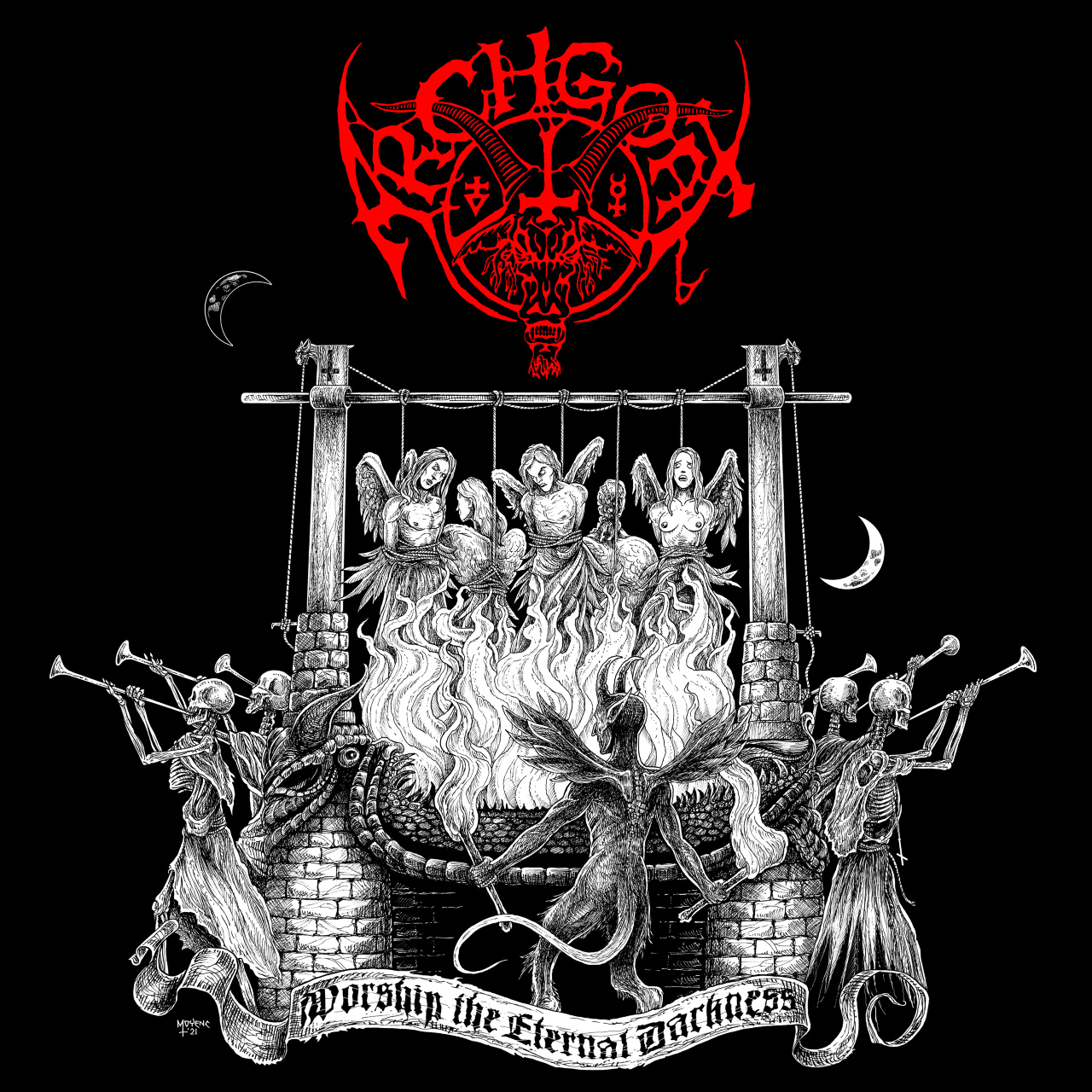 Coinciding with the album release, ARCHGOAT will embark on a headliner tour through Europe together with Norwegian act WHOREDOM RIFE and Austrian Black Metal band THEOTOXIN. The tour is organized by District 19 and will start on November 25th in Prague. See all dates below: 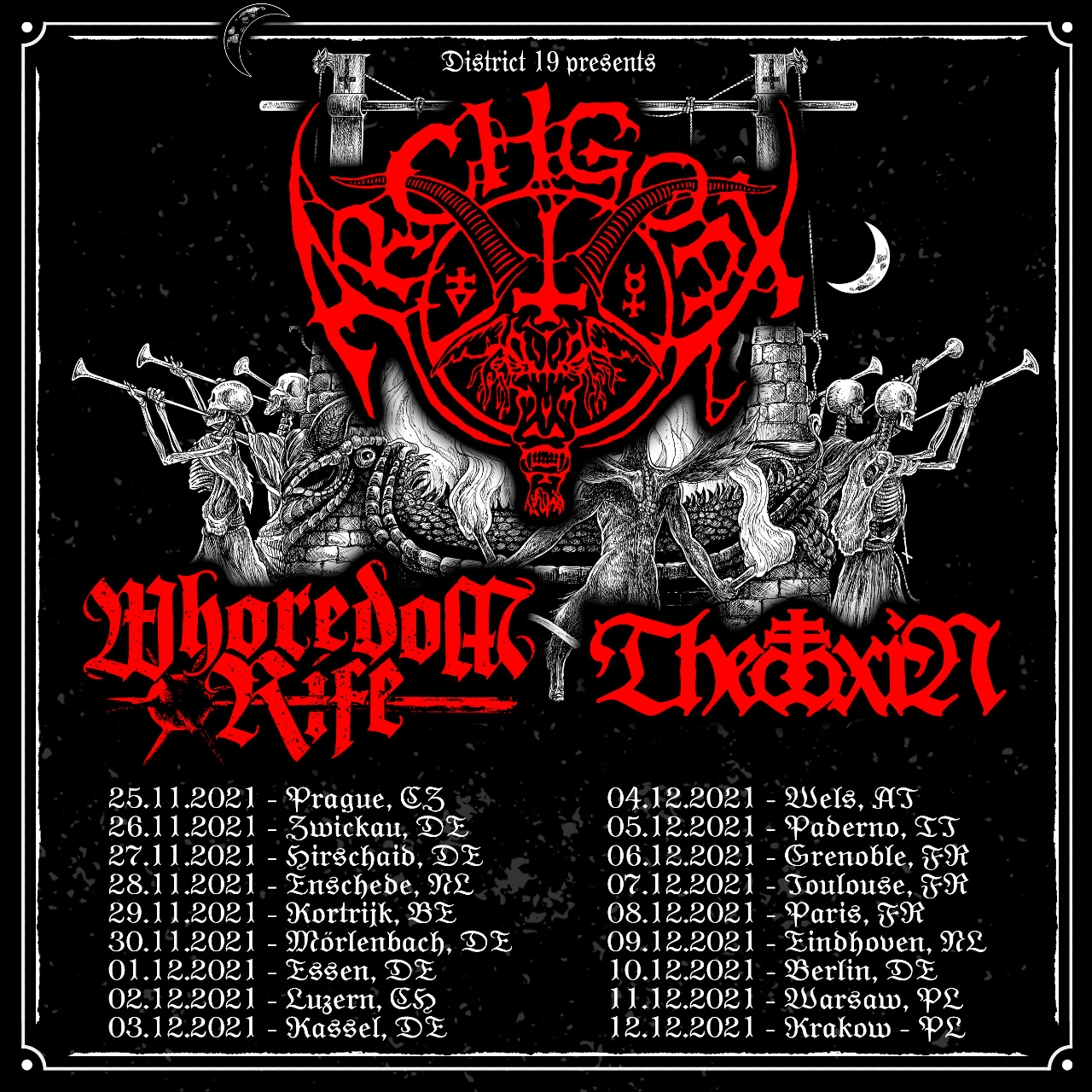