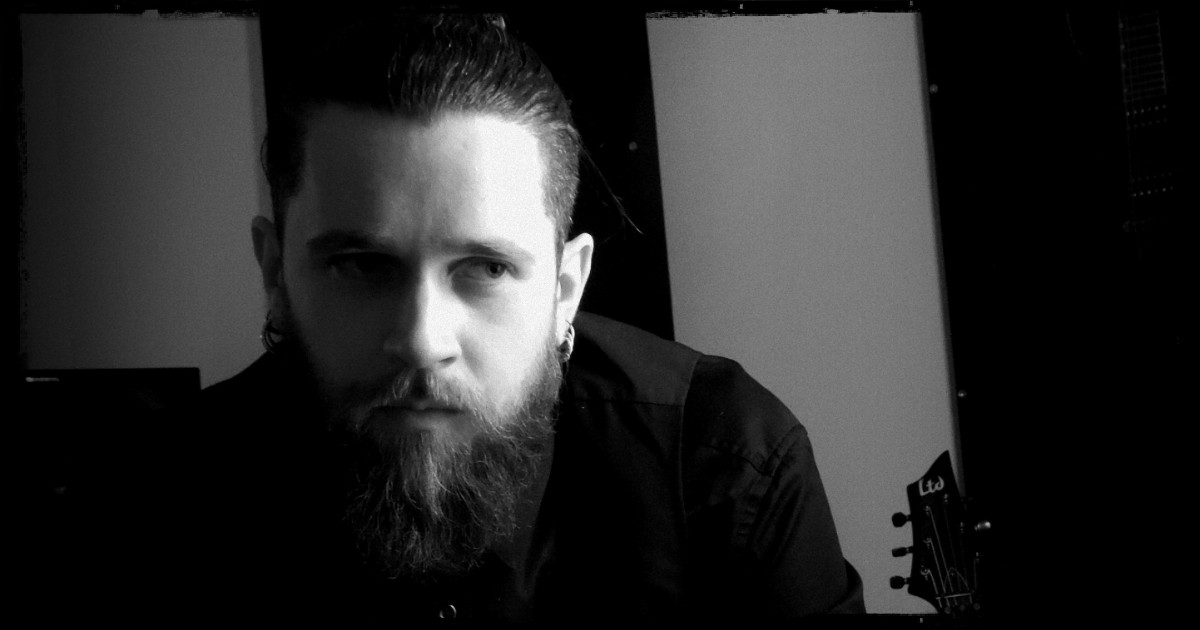 INFERNO - interview with the producer

Stephen Lockhart produced albums like SINMARA's "Aphotic Womb" (2014) and SVARTIDAUĐI's "Flesh Cathedral" (2021) in his Studio Emissary. With his own project, REBIRTH OF NEFAST, he released his first demo, "Only Death", with us in 2006 (DMP0019) and is no stranger to the label. The collaboration with Czech Black Metal band INFERNO started on their split with DEVATHORN, "Zos Vel Thagirion", and continued on "PARADEIGMA (Phosphenes Of Aphotic Eternity)". Stephen took the time to discuss the details of producing INFERNO's new album and the role of a producer with us. 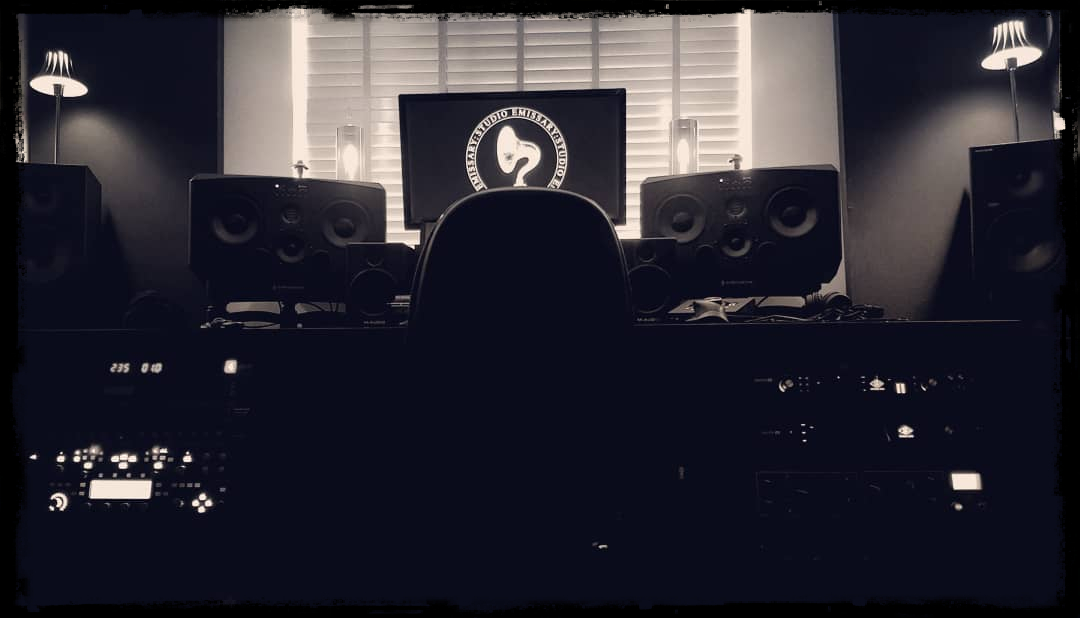 Q: Dear Stephen, thank you very much for your time for this interview! You already produced the two INFERNO songs for the split with DEVATHORN in the year 2018. When the band contacted you again for the new album, how did you expect the songs to sound?

While I generally encourage change and innovation between releases, after that split I would have been quite happy to receive the same kind of compositions, the standard was that high. When receiving a project to mix, however, it is rare that you form a real impression of the material early on, as quite a lot of time goes into just putting the session together and figuring out what goes where, editing and so on. All I had to listen to was a reference mix the band put together, which immediately stuck me as very focused on atmosphere.

Q: You are well-known for forming the sound of many Black Metal bands from Iceland. So, you have a rather specific way or method to approach a new work of art which needs your engineering skills. Can you elaborate for us the process of working on an album?

It varies upon the project and what is required of me. But once I start working on something, the contact between the band and me is near constant. When another engineer is recording an album, I like to have input so I might be better equipped to mix the material when it eventually gets to me. Simple things like getting DIs for all guitars or specific mic placements for overheads – they all make a difference. So, I spend some time at the start of every project organizing and analyzing the recordings, very often asking bands to provide more info – what kind of amp was used, what kind of guitar was played, what kind of pickups, why are the guitars named GTR1 and GTR2 in track 1, 2, 4, and 7, but GTR L and GTR R on the 2nd and 4th songs? That kind of thing.

Once past that stage, and having received some pointers, references, and demos from the band, I put a draft mix together for the band to comment on. They provide feedback, I often provide counter feedback, and in the end, I proceed depending on what decisions we have reached. Usually this stage is short, as generally the bands who contact me want a sound similar to what I am known for, so it is almost unheard of that I send a band a draft mix and they want dramatic changes.

Q: How do you make sure that you keep an open heart, mind, and ears when working on a new album and not just repeat your "typical" method of producing?

That is a good question, but in truth, the material decides the outcome, as in I try to treat an album in a way that honors the material first and foremost, not my own methodology. Some material requires a dry and punchy sound, while other material requires walls of reverb and delay – it all depends on what the music demands. On top of that, I am my own biggest critic, so I am always trying to build upon my methodology and not repeat myself. Other than that, I would say listening to other genres of music outside the studio provides the most perspective. Even genres I find to be utterly mundane can provide some nice insights into production techniques and arrangements.

Q: When working on the mixing and mastering of INFERNO's "PARADEIGMA" album, did you encounter any special challenges to find the right sound? Was there something which specifically needed your attention?

Yes, I immediately noticed there was, in general, a lack of distorted/aggressive guitars. There were many elements in place that already had the potential to make the album special, but the lack of distorted guitars to provide any real grit, was a challenge for sure.

Q: Concerning these distorted guitars: can you elaborate this discussion with the band in detail?

The discussion grew from the fact that I thought the album lacked the aggression needed to be considered a Black Metal album, in a traditional sense or otherwise. To my ears, I was hearing these fantastic drums and vocals, full of blast beats et cetera, but then the guitars were so atmospheric and choral, you'd be forgiven for thinking the vast majority of them were synths. The shame was that the guitars were great in terms of composition, but their impact was being lost in the context of the rest of the instruments. When everything was put together, it felt unfinished, that there was nothing gluing the whole thing together. And the band actually agreed with that interpretation to a point, namely that the album was lacking aggression. We did not agree, however, on the question how to achieve aggression. To them, they did not want to do something "standard", that being the usual Black Metal dynamic with guitar sounds that have already been done to death. There was also the issue of them being very used and attached to the approach found in their own demo mixes – which were largely focused on the atmospheric guitars and were a stark contrast to my draft mixes. Being honest, I could entirely relate to their point, as once I make a decision, I myself tend to be set in my ways with my own musical endeavors as well.

Eventually we reached a compromise: they would record just some "basic" distorted guitars as a test for one song and I'd re-amp them with a tone that would complement the original atmospheric guitars, rather than replace or overpower them. After some time to digest the result, and many repeated listens, it was agreed that this approach really was lifting the album to new heights, while still honoring the original intent. Hence "basic" distorted guitars were recorded for the other tracks.

Q: You once gave a longer interview to Artistocrazia webzine talking about a sound engineer needing to have "oversight". Meaning: he or she does not simply mix the album, but talks with the band about possibly changing certain elements of their music, et cetera. How was that in the context of "PARADEIGMA"?

This album would be a textbook example of this. The situation with the guitars was the definition of "I could just say nothing, mix this exactly as they want and get paid regardless", or I can offer opinions and solutions that will probably be unpopular upon first impression, but ultimately worth hearing if they could enhance the work.

Q: With a band like INFERNO, there exists a rich discography with a lot of different producers who helped the band in various stages of their existence. Are the older album and their production of any relevance for your own job?

Yes and no. In situations like this, I will maybe check out the previous few releases just to get an idea of what standard I am expected to meet/surpass (hopefully!), but at the same time, I consider there is a reason I have been hired in the first place, and that is to achieve a different sound and outcome. This is a niche genre, so no one stumbles upon the studio by chance. Bands commission the studio because they are already familiar with my work and know my capabilities. Therefore, one reaches the conclusion that they do not want to sound like they did in the past, and rather want to hear what we can offer.

Q: Another important characteristic of "PARADEIGMA" is the fact that the actual production was not done for the individual songs, but for the album as a whole. Did you and the band originally consider to release it as a one-song-album?

I never suggested it to be released as one long song to the band, but in general, I do have a preference towards this approach. I am always drawn towards an album that can be considered one artistic offering rather than just being a collection of songs that happen to fit together. The album is an immersive experience from start to finish, where every song flows seamlessly into the next (unfortunately, this goes out the window when most streaming sites come into play).

Q: Can you elaborate which tools & technology you used for producing "PARADEIGMA"?

There was no special trickery with this one, sorry to disappoint! It was mixed and mastered entirely in the box with the usual suspects, those being primarily UAD, Fab Filter, Waves plugins. The sound of records I work on, as I am sure most engineers and producers would agree, is far more a result of taste and the experience than any particular piece of equipment or plugin.

Q: After the album is released, do you follow how it is received by press and fans and how they rate the production?

I will check out the first handful of reviews, but not to see what is being said about the production, rather to see how the material is received. At the risk of sounding arrogant, I must say I tend not to pay attention to production critiques. The world is apparently full of so-called production experts who have never produced a record you have heard of... 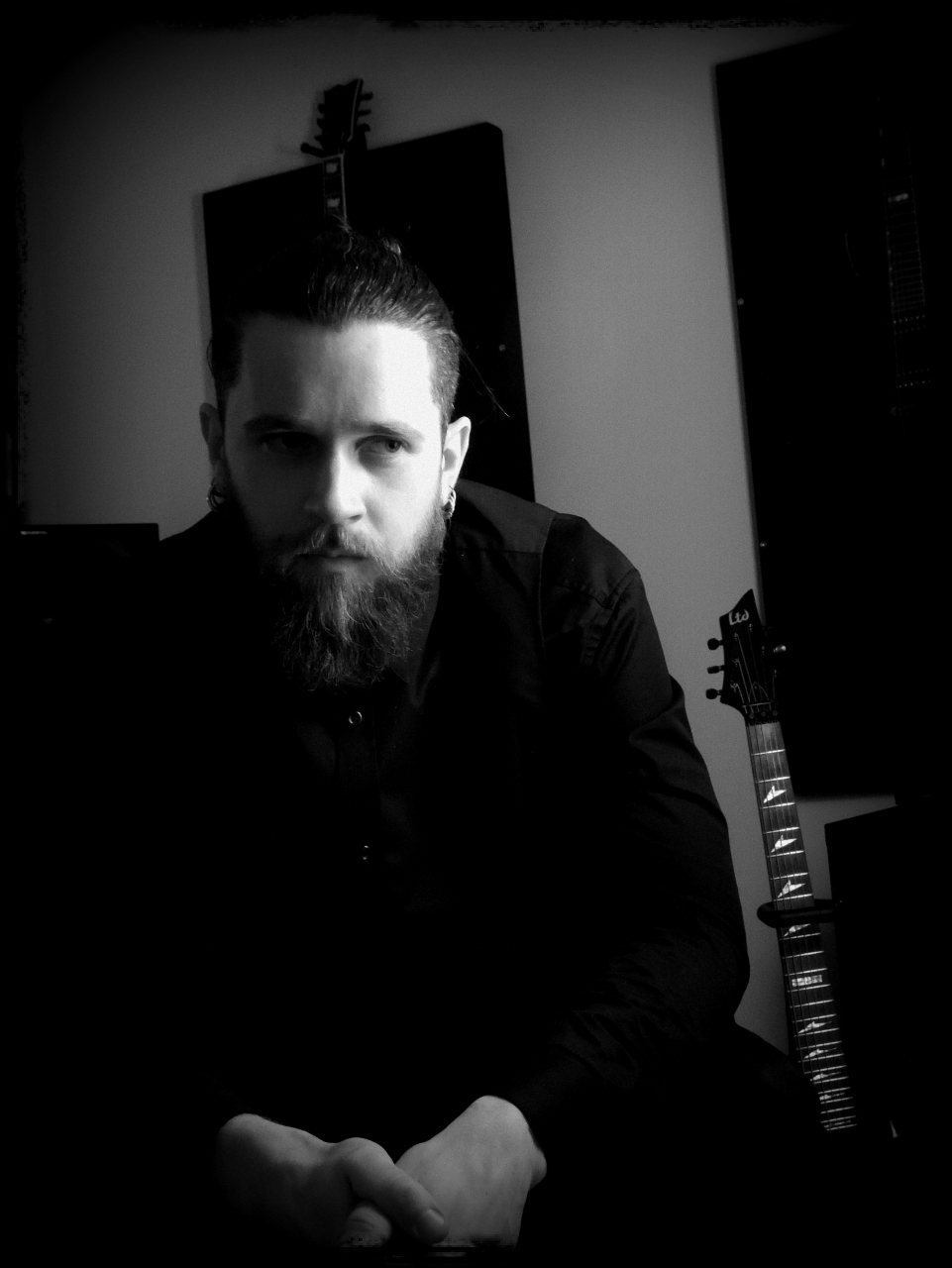