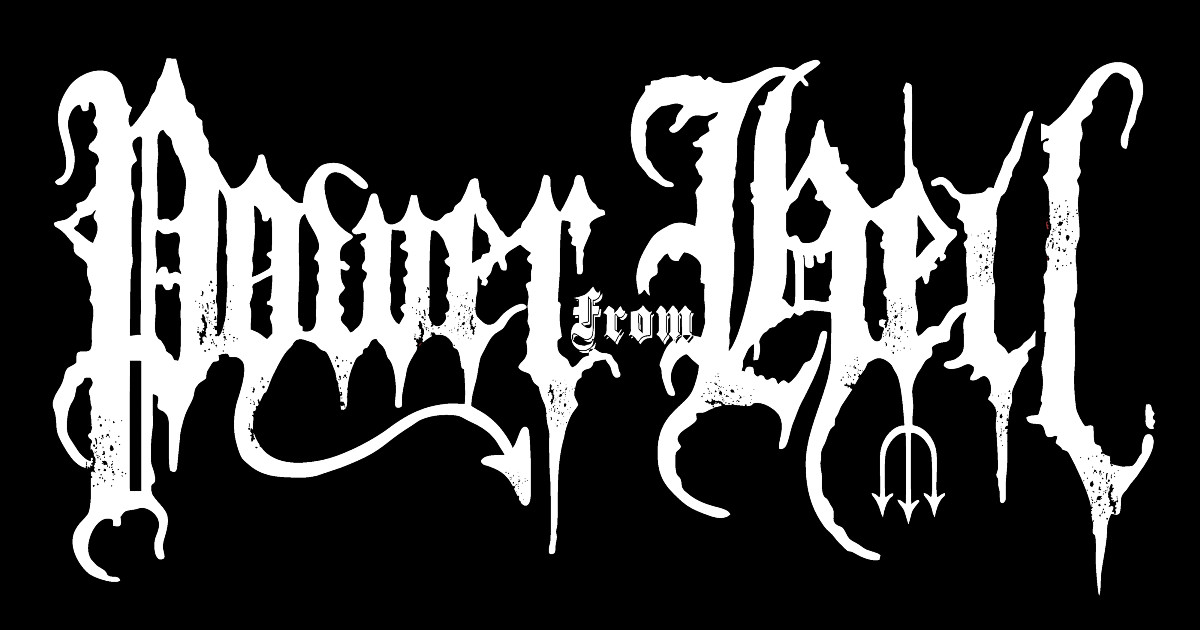 Vigorously combining Black, Thrash, and Heavy Metal, POWER FROM HELL made a name for themselves in the underground scene during the last 17 years. Today, we are pleased to welcome the Brazilian horde to the Debemur Morti Productions roster.

Vocalist and guitarist Aron (ANARKHON) comments on the signing:

"The label has a vision and is only focusing on really Extreme Metal bands, and I like that. Regarding our expectations with this new alliance, I think they are the best possible. I have no doubt that DMP will help us to reach a new level within the Black Metal scene."

"We're not reinventing anything within Black Metal at all, because that's not our pretension. However, this next album is the perfect approach to everything I have always wanted to do in terms of Extreme music. Anyone still connected with the band's old works, keep in mind that we undergo a natural evolution. We are the result of external experiences and the environment around us. So, the 19-year-old boy who recorded the first album is nothing like the man who is currently working on this new full-length, a lot inside and outside of me has died since that time. In my vision, the darkness can only be felt, understood, and passed on completely when you let go of many things around you. This new album will contain an infinitely darker and more atmospheric sound than the previous ones. It will come loaded with evil and negative emotions which I have experienced over the years in my personal life. Additionally, it is also the result of observing this "new world" around me. There will be nine songs in total and those will bring a more complex and dissonant experience, especially concerning the guitars work."

Before the release of the new album, POWER FROM HELL will embark on the "Profound Evil Presence Over Europe" tour during October 2021. The Brazilian Black Metal band OUTLAW will join them as support band. The dates can be found below: 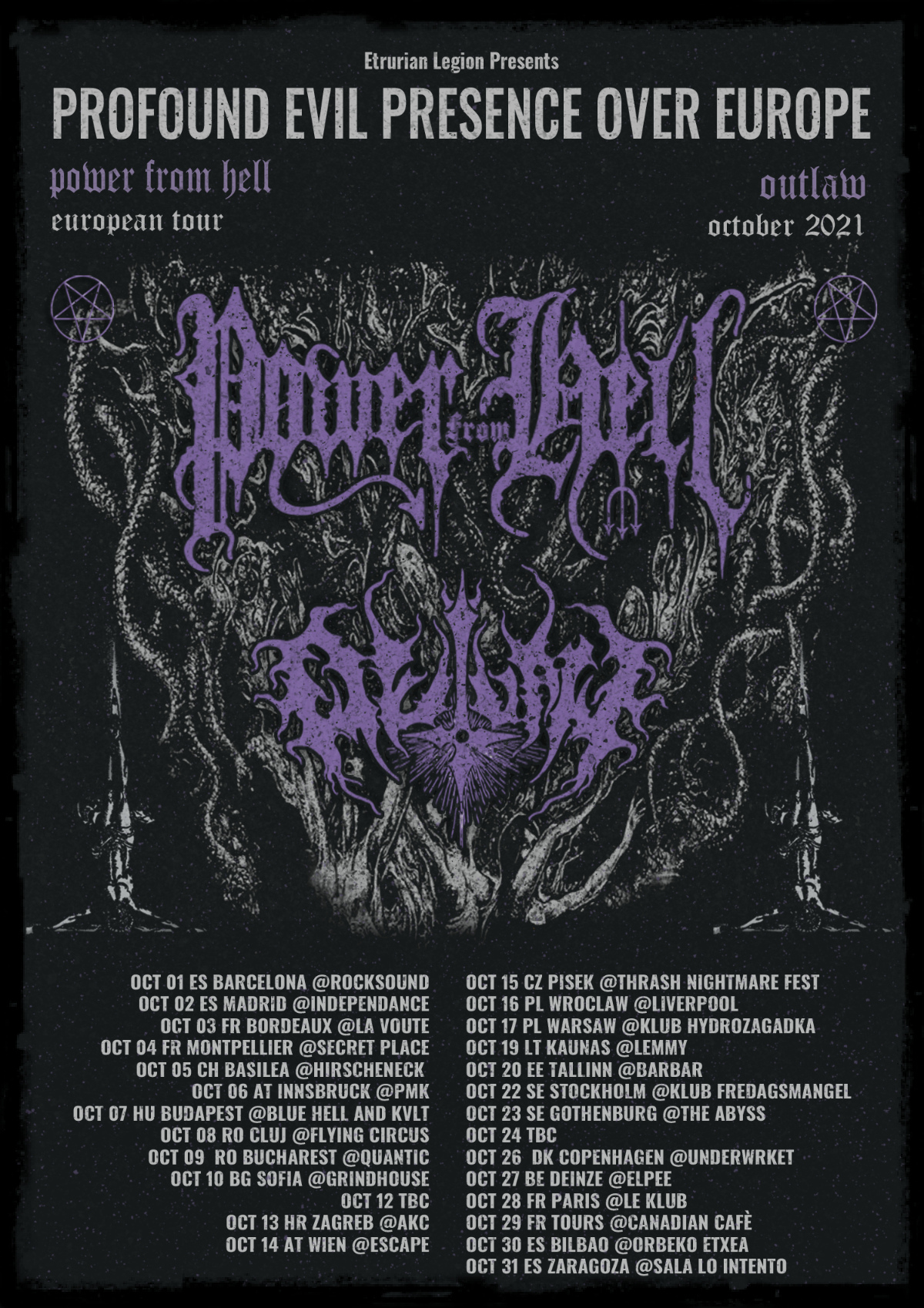 POWER FROM HELL from São Paulo, Brazil were formed 2001 by main-songwriter Sodomic (ANARKHON) as a raw and primitive studio-only vehicle for early-BATHORY worship, flourishing for 10 years without live activity and releasing a series of cult underground records: "The True Metal" (2004), "Sadismo" (2007) and "Spellbondage" (2009).

In 2010 the band began to draw worldwide attention when Fenriz from DARKTHRONE revealed himself to be a big fan, regularly wearing a shirt of "The True Metal" and highlighting the band in a succession of interviews and articles. POWER FROM HELL capitalised on the subsequent buzz, growing immeasurably over a well-received sequence of EPs, splits and full-lengths including "Devil's Whorehouse" (2015, Hells Headbangers) and "Profound Evil Presence" (2019, High Roller).

After 20 years, with the band now an established touring entity, the raw Black/Thrash sound of yesteryear gave way to a darker, more complete path within Black Metal, leading to a newly-formed alliance with Debemur Morti Productions. The band's next - currently untitled - album will be released in the first half of 2022 and promises to scour the depths of the abyss to bring forth what is most disgusting, profane, and terrifying to human experience.