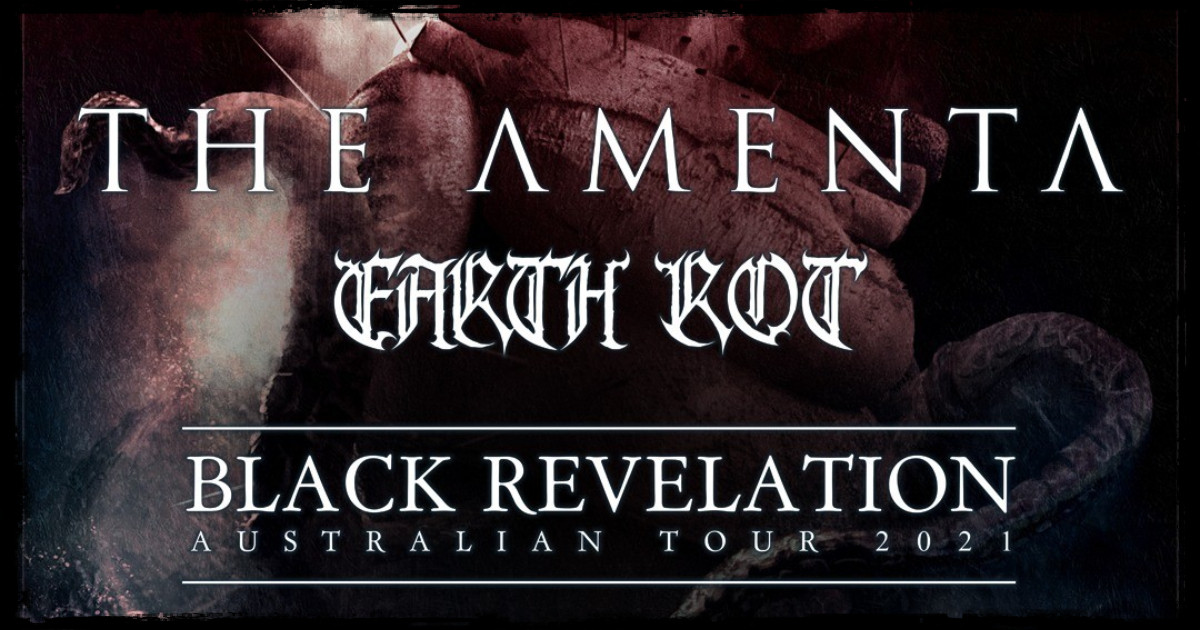 Four months after the release of their new album “Revelator”, THE AMENTA are poised to reinstate themselves as Australia’s most intense live ritual performers with a ferocious attack of sensory overload, savage discord, and unease.

On June 19th, THE AMENTA played their first show on Australia’s Dark Mofo festival, during which a professional live video for the song ‘Sere Money’ was produced. Check below:

With long-time THE AMENTA bass player, Dan Quinlan, now situated in California, Sam Bean (THE BERZERKER, WEREWOLVES, ANTICHRIST IMPERIUM, THE SENSELESS) will step in to flesh out their live line-up on bass and backing vocals.

Tickets for Blacken Open Air are available on their website, while tickets for all other shows can be acquired here.