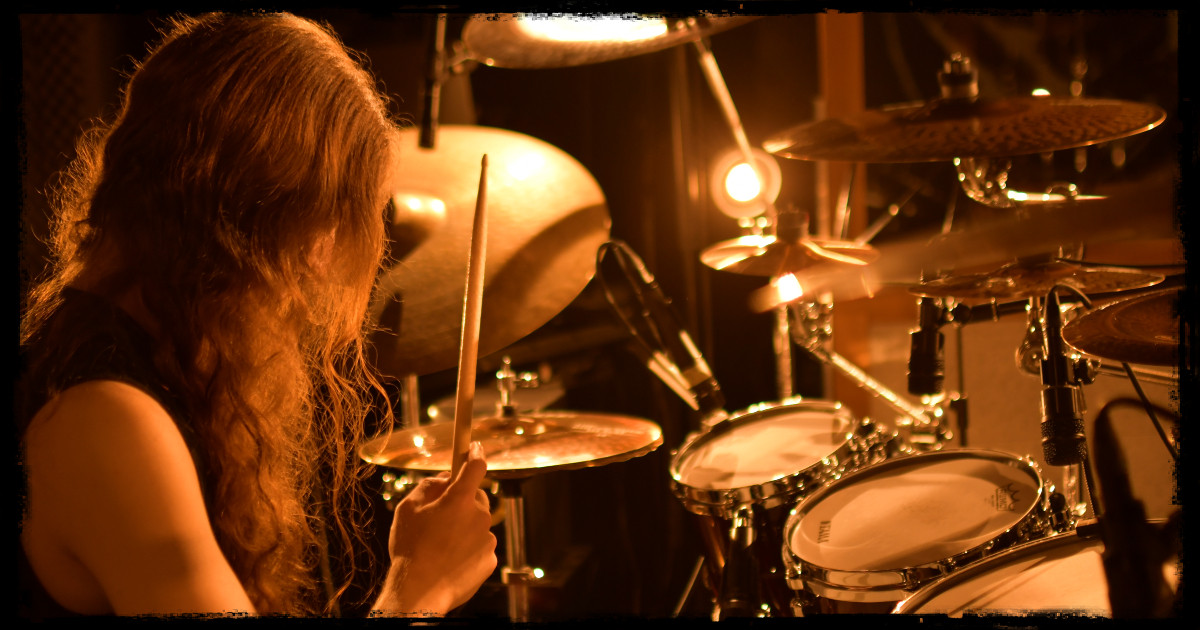 Swiss drummer J. is responsible for the drumming you hear on most AARA releases. Additionally, he is also working together with Berg & Fluss on the production, the mixing, and the mastering of the band’s material in his very own Chäuer Studios Bärn. J. was kind enough to tell us more about his involvement with the Swiss Black Metal band and about the unique trademarks of Berg's music.

Q: Dear J., if I am correctly informed, we can hear your skills for the first time on the second AARA album “En Ergô Einai”. Could you tell us how you entered the AARA universe and something about your musical background?

Yes, that is right. “En Ergô Einai” is the first AARA album on which I played drums. The story is quite boring: Berg needed a drummer, and I was there. We already wanted to collaborate for another project some years ago. This did not happen because I did not have the necessities to record material at this stage. Some years later we finally managed to work together for “En Ergô Einai”. I started playing as a kid and took drum lessons then. All my teachers were Jazz musicians, so I got trained as a Jazz drummer. Now, I study Jazz drums at the University in Bern, Switzerland. Besides AARA, I work as a session musician, so I play and record with/for a lot of bands from Switzerland and Europe. I do not only record drums, but also guitar and bass lines. My main band is called MALPHAS, and we will release an album later this year. Besides that, I play for bands like FORGOTTEN TOMB and PORTA NIGRA, to name just a few. I really like to work with different artists, and I am always up for session drumming.

Q: Can you name a drummer in the musical world which was particularly important for your own style?

I’m deeply influenced by Jazz drummers like Tony Williams. It is not about the playing itself, but more about the way they put things together. The biggest inspiration for me is Nick Barker (ex-DIMMU BORGIR, ex-CRADLE OF FILTH). The way he approaches the music and combines various elements is just amazing. Additionally, his cymbal work is outstanding. He should definitely get more credits. He always gives the song exactly what it needs to make it outstanding.

Berg uses drum loops for composing. When I receive the songs from him, the drum parts are more a reference. For example, he tells me that in this part there should be double bass or here should be a blast beat, et cetera. It is up to me to write as well as arrange the definitive drum parts and I have total freedom to execute, write and arrange them in my style. When Berg sends me the finished album, I listen to all the songs one time. For me, that is enough to write down the structure. Then I will listen to the album again to check if I made any mistakes. These are all the preparations I need. Then I head to the studio, where I usually need one or two days to record such an album. For “En Ergô Einai”, I recorded the drums in one day. However, I was very ill then, and neither then nor now do I even remember the recording. When we checked the drums the day after my recording, there were a couple of parts shitty played, and we re-recorded half of the album again. Due to this incident, I decided to record “Triade I: Eos” in two days to have a bit more time, so we would not have to fix anything afterwards.

Q: In general, what would you say are the key characteristics of Berg’s way of composing songs and drum lines? What makes his songs special and interesting?

He has a special approach to composing when it comes to structures. In a lot of songs, you have repeating patterns. A verse, a refrain, that kind of stuff. Berg does not do that. Of course, some riffs get repeated sometimes and appear more than just once within a song. But his compositions are like an ongoing storyline and never fall into repetition. There is always something unexpected happening and you never know in which direction the journey is going.

Berg always has a lot of guitars going on, usually two leads at the same time. The way they harmonize together is a huge part of his composing style. He also uses a special tuning for his guitar, which allows him to play chords which would not be possible to play within a normal tuning.

It is also interesting which tonal material he uses. This really makes the material outstanding.