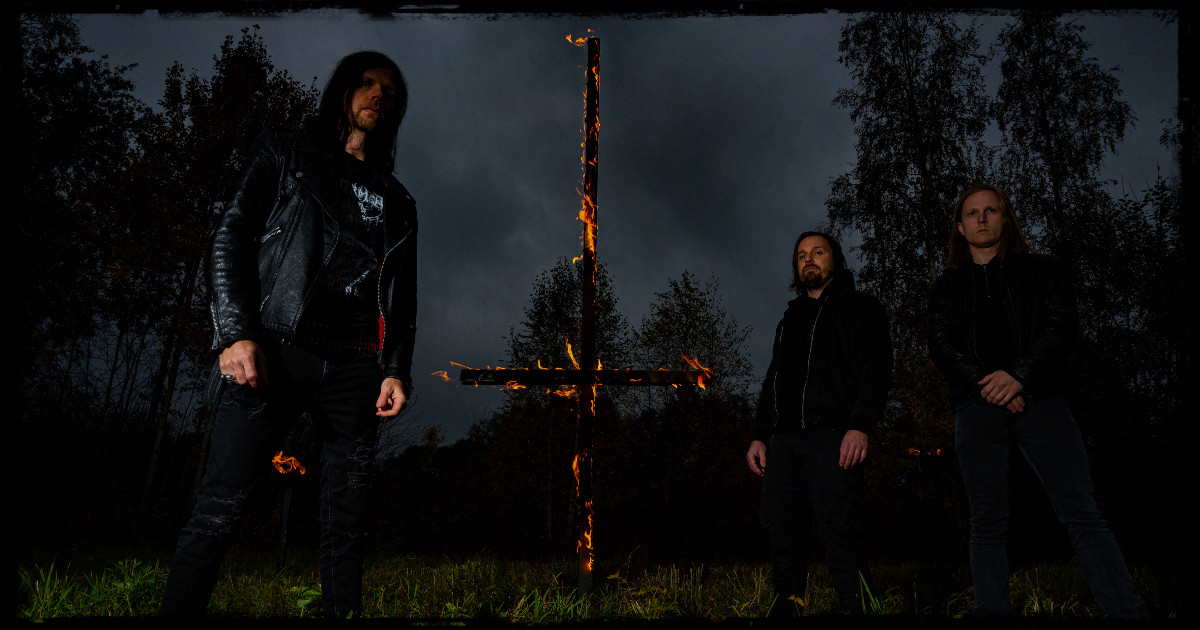 On July 23rd, Swedish Black Metal band KRYPTAN will present their self-titled debut featuring four crushing compositions. Today, we teamed up with No Clean Singing to premiere the second song from the coming mini album. Check the video clip to ‘A Giant Leap For Whoredom’ below or listen to the song on Bandcamp:

Storming into the mini album's opener ‘A Giant Leap For Whoredom’ with sharp riffing, infernal drumming, and sinister screams, Swedish band KRYPTAN loses no time. A fiery approach to Black Metal is impressively interwoven with subtle doomy passages, thus forming KRYPTAN’s signature sound. Taking in influences from the best the Swedish Black Metal scene of the 90s had to offer, ‘A Giant Leap For Whoredom’ smoothly combines the untamed aggression of early MARDUK with the epic aspects of DISSECTION without denying mastermind Mattias Norrman’s firm foundation in melancholic sounds.

"Its sound, like the EP as a whole, is immensely heavy and enveloping. Undergirded by deep, magma-like bass tones and merciless, jet-fueled drum assaults, the song displays burning, writhing riffs that pulsate with an unholy hunger. The sheen of high-flying synths contribute to the song’s aura of frightful, unearthly eminence, and the scalding intensity of the vocals amplifies its feeling of unhinged ferocity. Deep, dismal tremolo’d chords channel hopelessness, and shrill flickering fevers of sound manifest a deranging pain."

In a recent interview with Portuguese mag Metalegion, Mattias revealed details about his musical upbringing which explains the different influences clearly audible on 'A Giant Leap For Whoredom':

“I have been listening to heavy music since I was a kid. I bought SAXON’s ”Innocence Is No Excuse” when I was around ten years old. And since then, I have been following the classic Metal stair - Heavy, Thrash, Speed, Death and finally Black. I do remember when I first heard CARCASS’ ”Reek Of Putrefaction” around 88-89. It was so fucking brutal and at first, I did not get a thing, but after a few spins I was sold to Death MetaI. I joined MOONDARK pretty much at the same time I discovered Black Metal. I bought EMPEROR's ”In The Nightside Eclipse” when it was released and it was totally mind-blowing.”

“Kryptan” will be released on CD, 10’’ vinyl, and digitally on July 23rd. Pre-order the mini album via our EU, US, and Bandcamp shops!