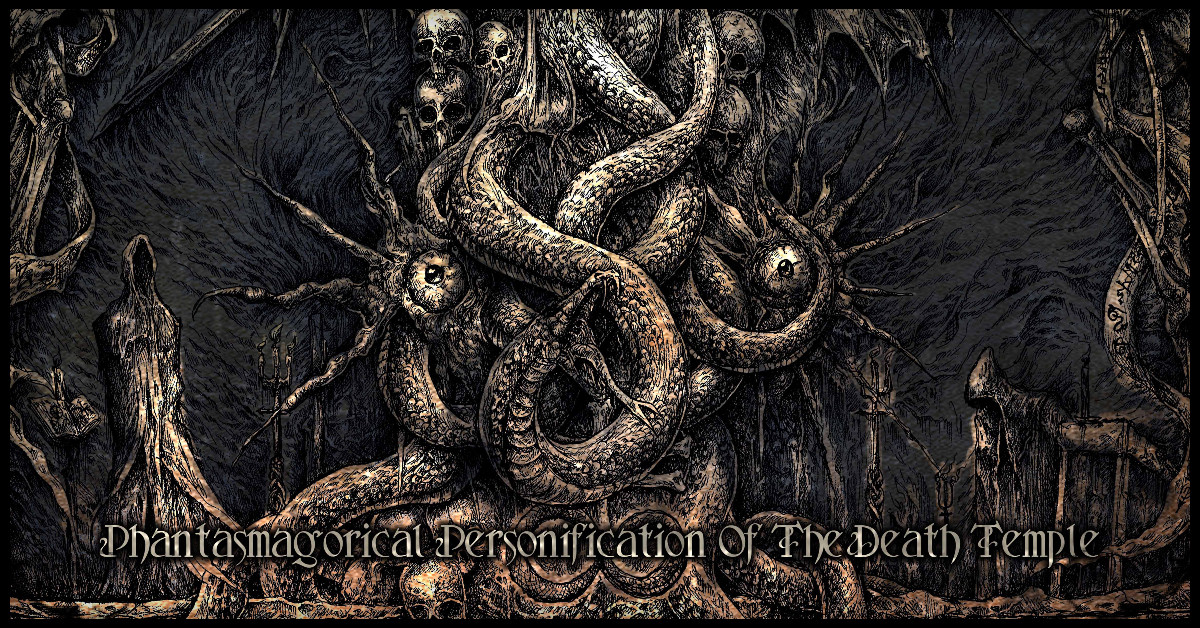 Nine days before the vinyl version of ANARKHON's fourth album "Phantasmagorical Personification Of The Death Temple" is officially released, the full album stream is now to be found on our YouTube channel. As the cover-artwork of the latest ANARKHON longplayer foretells, "Phantasmagorical Personification Of The Death Temple" explores the darkest paths into Lovecraftian Horror and utilizes the best elements found in old school Death Metal. Frontman and guitarist Aron recommends listening to this album during the night, when we are not distracted by everyday live and prepared to face the abyss:

"I recommend listening at night, alone, because when it is dark, so when our limited eyes cannot see through the darkness, then you start wondering if there's something there looking at you. And this album is a perfect soundtrack for that. The entire album is an experience of the unknown. There is something out there whispering into the ears of the listener between each riff and each song: ‘be careful, some secrets exist to never be revealed."

Evoking such an atmosphere of horror and fear was the hardest part when crafting ANARKHON's fourth album, as Aron continues his narration:

"I have no doubt that the biggest challenge was to evoke and create all the creepy atmosphere that we really wanted during the writing process and in the final mix. It is not so easy to create something that will literally make some people question their inner fears and their 'reality'."

"Phantasmagorical Personification Of The Death Temple" may be streamed on ANARKHON's Bandcamp page as well as on our YouTube channel:

The first harvest of the collaboration between ANARKHON and Debemur Morti Productions will be a vinyl version of the latest album "Phantasmagorical Personification Of The Death Temple", which was originally released on CD via Soul Erazer Records in September 2020. The fourth long player may be described as a killer compendium of cryptic, Lovecraftian old school Death Metal - each and every enigmatic riff possessed with the majesty of arcane knowledge, every rotted atmosphere and bludgeoning rhythm on point, each otherworldly vocal inflection a coffin dragged into ancient depths. Seven compositions force the listener into the abyss and make sure that there is no return:

"Phantasmagorical Personification Of The Death Temple" will be released on vinyl on March 26th. Pre-orders are possible via our EU, US, and Bandcamp shops.