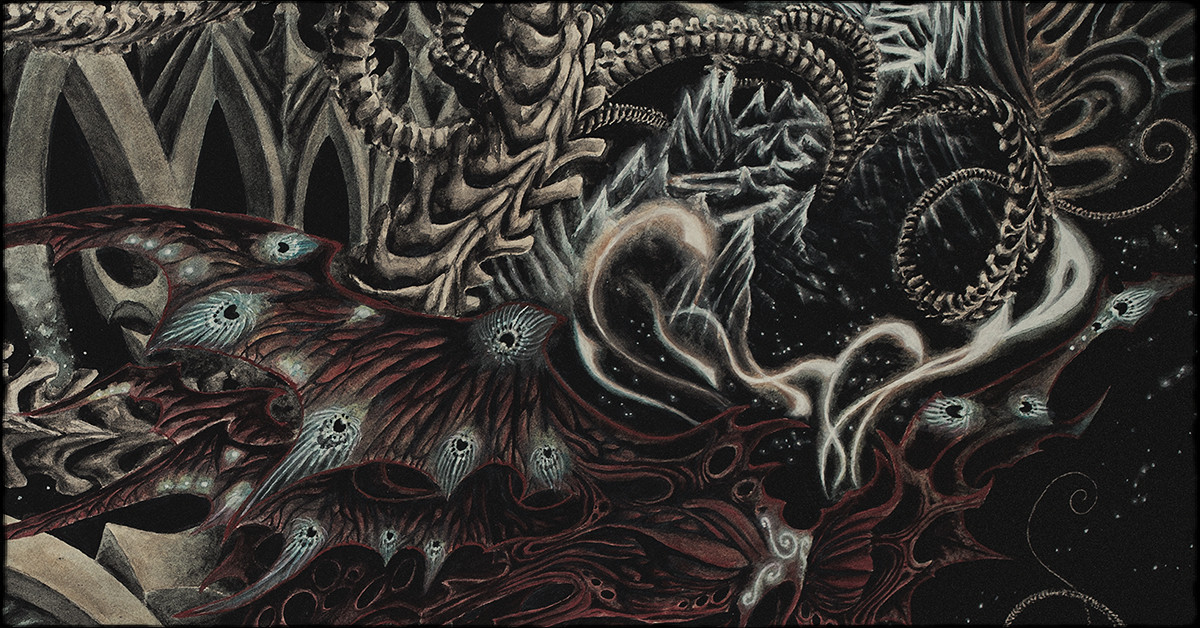 Four years after INFERNO's last opus "Gnosis Kardias (Of Transcension And Involution)" was unveiled to the world, we are proud to announce the coming of Czech Black Metal legends' eighth album and unleash the first single 'The Wailing Horizon'! "PARADEIGMA (Phosphenes Of Aphotic Eternity)" burrows further into the dense, hypnotic soundworlds initiated of their last long player, however, this newest emission formulates an alluring new language from the isolationist syntax of Black Metal, blending the contemplative and the disturbing into a mesmeric journey through veiled psychic recesses and towards the infinite.

INFERNO dare to enrich their traditional Black Metal pillar with obscure and surreal soundscapes which showcase the same innovative and obscure energy one can find in groundbreaking records of BLUT AUS NORD or, also, THE CURE. Conceptually, "PARADEIGMA (Phosphenes Of Aphotic Eternity)" goes deep into psychology, cosmology and horror - primarily influenced by "The Cosmos As Self-Creation" from Czech writer Michal Ajvaz, "Time Reborn" by the physicist Lee Smolin and above all "The Red Book" of Carl Jung. All these influences are fused into six dense and interconnected compositions:

01. Decaying Virtualities Yearn For Asymptopia
02. The Wailing Horizon
03. Descent Into Hell Of The Future
04. Phosphenes
05. Ekstasis Of The Continuum
06. Stars Within And Stars Without Projected Into The Matrix Of Time

"PARADEIGMA (Phosphenes Of Aphotic Eternity)" was recorded in the KSV Studios in Prague and mixed and mastered by Iceland's producer Stephen Lockhart (SINMARA, SVARTIDAUĐI) at Studio Emissary. The cover artwork was painted by Elijah Tamu and the layout was designed by Heresie Graphics.

With the first single 'The Wailing Horizon', Czech Black Metal band INFERNO grants a first glimpse into the abyss and into the energies and potentials which are ready to be awakened at the dawn of creation. The song can now be streamed via Bandcamp or on our YouTube channel:

To musically represent the grand pattern which pervades all creation, is a suitable interpretation of 'The Wailing Horizon', as INFERNO's Spící hrdlo Antikrista explains in his statement concerning this single. Spící hrdlo Antikrista serves as a translator and has been a shadow member of the Black Metal band for nearly ten years, without ever speaking publicly in the name of INFERNO:

"All interpretations are welcome, especially when it comes to music and the visions it may provide. However, when it comes to concept and the lyrics, then each song actually portrays that grand pattern, though in different ways and from various perspectives. When it comes to music, Ska-Gul (guitars) was influenced by the thematic concept to a certain extent, however here the music had greater effect on the words. When he recreated the song and provided the last version of the composition it provided me with an overwhelming vision of a wailing horizon which I wrote down to the last detail and from this description Adramelech (vocals) then extracted the lyrics."

Guitarist Ska-Gul explains that INFERNO approached the song writing for "PARADEIGMA (Phosphenes Of Aphotic Eternity)" and also for the track 'The Wailing Horizon' quite differently this time:

"Composition-wise each song of the album is specific and different approaches were utilized. Especially when compared to the previous albums. Back then the writing was always connected to the live drumming: a skeleton of the song was composed in cooperation with the drummers and the mood as well as specific tones were then created over the riffs/melodic base. This time I worked with simple programmed drums, just to give me a primitive rhythmic foundation or guideline to create the essential aura of the songs.

The tones I sought when composing ‘The Wailing Horizon’ were meant to express an atmosphere I felt within and there was also a wish to separate the music from the general metal template. So, I initially ditched the classic foundation of distorted guitars and moved on to creating the arrangements/soundscapes with which I expressed the aforementioned atmosphere. To describe that inner feeling, I could possibly use words like detachment, separation, or disconnection.

When composing I simply let the emotions flow, allow the imagination to wander, while trying not to hinder the process by thinking too much. I simply act. Because of this spontaneity I have to edit individual motifs later or even delete them and create new ones to fit in the overall concept. This is what happened with ‘The Wailing Horizon’. It was the first song completed yet at the same time the very last one where I made significant changes."

"PARADEIGMA (Phosphenes Of Aphotic Eternity)" will be released on CD, vinyl, and digitally on May 7th. Pre-orders are possible now via our EU, US, and Bandcamp shops! 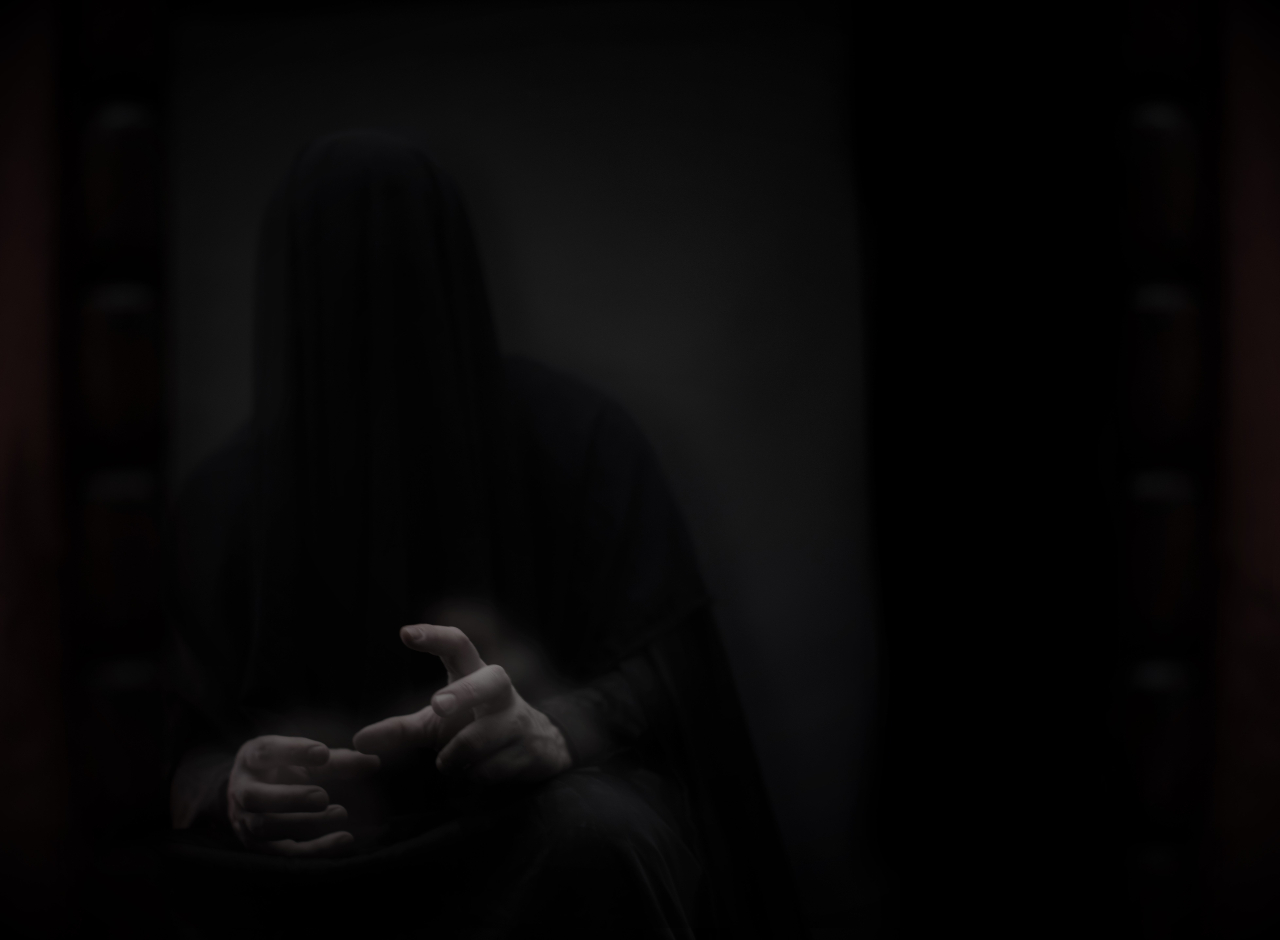