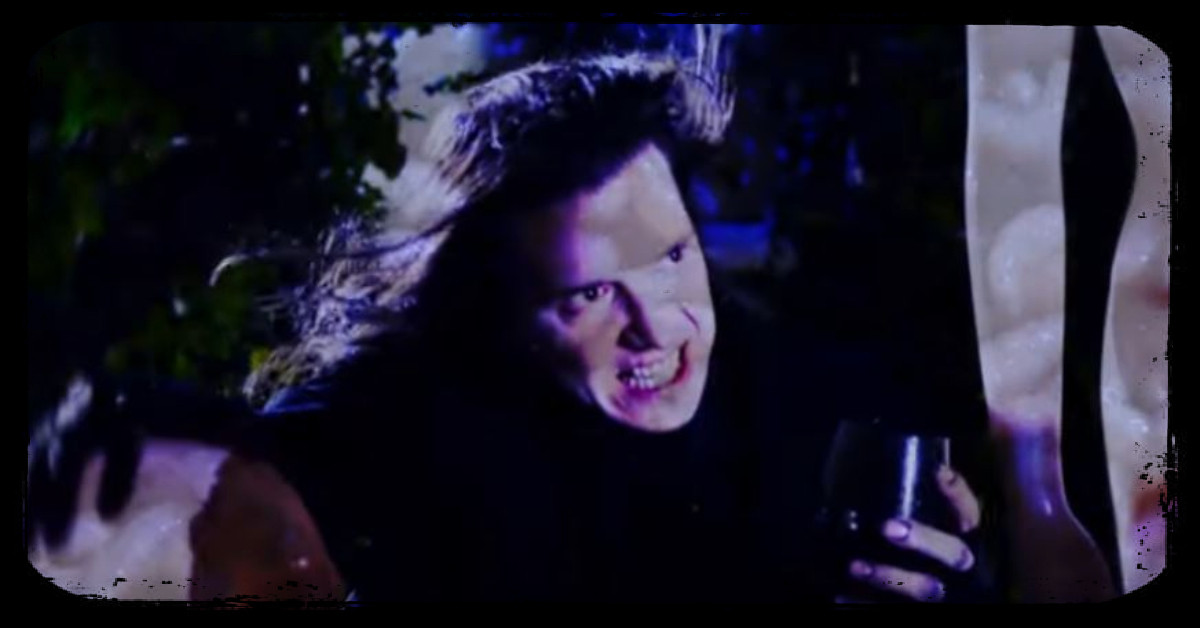 Two weeks after the official release of THE AMENTA's fourth album "Revelator", the Australian Avantgarde Metalheads add eerie and Horror-esk moving pictures to another one of their tracks. Acknowledging the theatric feeling of their new compositions, 'Psoriastasis' is the third song - after 'Sere Money' and 'An Epoch Ellipsis' - for which movie maker and artist Garth Hurley and frontman Cain Cressall amplify THE AMENTA's art with visual components.

For the presentation of clip, we teamed up with well-known webzine Metal Injection, and writer Corinne Westbrook rightfully describes the moving pictures with the following words:

"'Psoriastasis' [...] is a punishing assault, with brief bursts of hissing synth and a desolate mid-song breakdown that tempers the otherwise unrelenting track. The visuals accompanying the single are pure nightmare fuel to give you the creeps."

'Psoriastasis' can now be streamed on our YouTube channel:

Cain Cressall - vocalist and horror movie fanatic - enjoys giving birth to the cinematic atmosphere present in THE AMENTA's new compositions, as he states in a longer comment:

"Each track has a very cinematic feel about it. There is a great depth in terms of the production values, as well as the dynamics between instruments, dynamics within the arrangements, and the range of emotional expression. These are all factors which were considered very intensely throughout the entire evolution of the record. Whether a song leans more heavily toward atmospheric qualities or toward solid hooks, they each have a unique, stand-alone personality which drags the listener through a visceral journey. It just came down to time, and how many songs we could realistically create solid visual accompaniment for, amongst everything else that was going on. Essentially, we chose songs which give a good representation of the various flavours that can be found across the album. ‘Psoriastasis’ may be the most upfront, aggressive song on the album. After a few clips of songs that showed off more ambient aspects of the mind, we thought it was time to tear some faces off."

Followers of THE AMENTA's work will notice that the video clip for 'Psoriastasis' resembles more the one done for 'Sere Money' than the black and white attack which 'An Epoch Ellipsis' has to offer. This was a conscious choice, but not so much because these songs are more intertwined, but because the idea and approach to finding fitting images for both compositions followed the same idea:

"With ‘Psoriastasis’ we wanted to return to the same method of actively listening to the subconscious to suggest the images that make up the clip. I have noticed, in viewing the clips again, that there are certain themes and images that have re-occurred across each clip. It will be interesting to know if others spot them. Both ‘Sere Money’ and ‘Psoriastasis’, while not consciously linked, do come from the same well-spring of subconscious suggestion and so they have a similar feel, and potentially similar themes, without that being something we have attempted to force", explains Cain.

Helpful for the creation of the visual elements for both 'Sere Money' and 'Psoriastasis' and for finding suitable actors and actresses were vocalist Cain's good contacts into the world of theatre, as he narrates vividly:

"I reached out to a West Australian talent agency called O Entertainment who organized the ballerinas for the ‘Sere Money’ video. I have worked in various backstage theatre roles over the years, so I’m very fortunate to have a lot of wonderful contacts in the WA theatre industry. The ‘Sere Money’ dancers were such brilliant performers and professionals, so returning to their agent just seemed like an obvious place to start looking for performance kids. Obviously, young girls working with a complete stranger is a delicate issue. For me to be choreographing the kids on my own, looking like an utterly disturbed creeper, would have certainly been a very ambitious venture! Thankfully, the agency’s director, Olivia O., accompanied us on set to lead the children under my guidance. The kids have a strong relationship with Olivia as a fantastic teacher and choreographer, so it was essential in making the experience comfortable for the children, as well as their mothers (who were also on set with us). It must have been quite a bizarre experience for the kids and their Mums, since their only experience up until that point was in traditional, conventional forms of dance!"

"Revelator" is out now on CD, vinyl, tape, and digitally. Orders are possible via our EU, US, and Bandcamp shops.