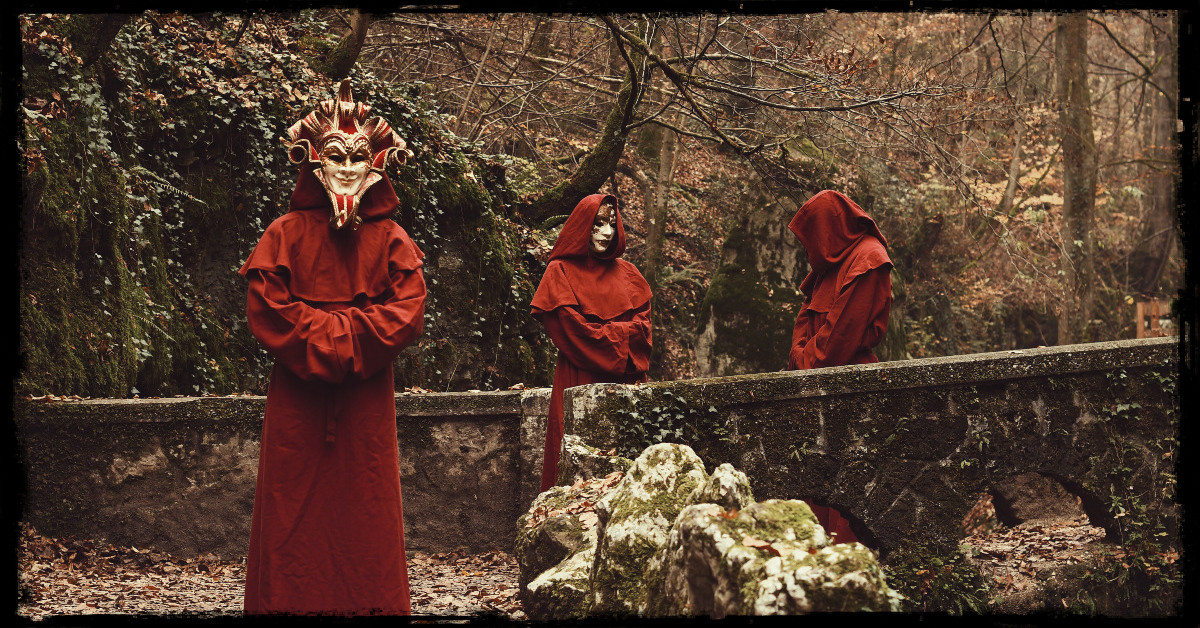 To emphasize the broad musical range present on AARA's coming third album "Triade I: Eos", we are teaming up with Black Metal Promotion for the premiere of the second single 'Nimmermehr'. Mastermind Berg puts the newly unveiled song in relation to the first single 'Naufragus' when explaining that different approaches to the song writing were necessary to adequately represent the dynamic of the story:

"'Nimmermehr' covers the beginning of the Spaniard's narrative in "Melmoth the Wanderer". It is clearly distinguished from 'Naufragus' by the higher tempo and the long, more spherical riffs. The Spaniard's tale forms Maturin's first exploration of Catholicism and monastic life, which was to be musically underlined by the use of the choral elements. In the context of the album, it occupies a special position - while the other songs are still closer to the predecessor "En Ergô Einai", 'Nimmermehr' represents a further development of the style of "So fallen alle Tempel", our first album."

'Nimmermehr' can now be streamed on the YouTube channel of Black Metal Promotion:

Further describing the genesis of the single 'Nimmermehr', composer Berg narrates that it needed time and will to create this specific composition:

"It was also originally composed as the fourth track of the album. Since we follow the sequence of the book, it is best for the creative process to work in the same order. 'Nimmermehr' gave me the most trouble, because the beginning and the end emerged separately quickly, but were difficult to connect. We tried countless riffs to solve the problem and in the end, it worked out by playing a single note. The good drumming of J., who brought the song to another level with his style and cleanliness, has to be emphasized also."

"Triade I: Eos" is the beginning of a trilogy dealing with the book "Melmoth The Wanderer", a novel written by Irish writer Charles Robert Maturin in the early 19th century. Somewhat similar to the idea and concept of Goethe's "Faust", Maturin's novel may be understood as a social commentary as well as a critical examination and discussion of religion.

Exploiting a rich vein of form, AARA find the past inside the present through a passionate, oft economical arrangement of rapier-sharp neoclassical earworm leads, anguished vocals, meditative synth, melancholic choral textures and drumming of inch-perfect intensity. Rousing, nostalgic, triumphant and transformative, with "Triade I: Eos" AARA definitively enter the top echelons of contemporary melodic Black Metal. The first part of the trilogy consists of six compositions:

"Triade I: Eos" will be released on CD, vinyl, and digitally on March 26th. Pre-orders are possible now via the label's EU shop, Bandcamp and US shop.