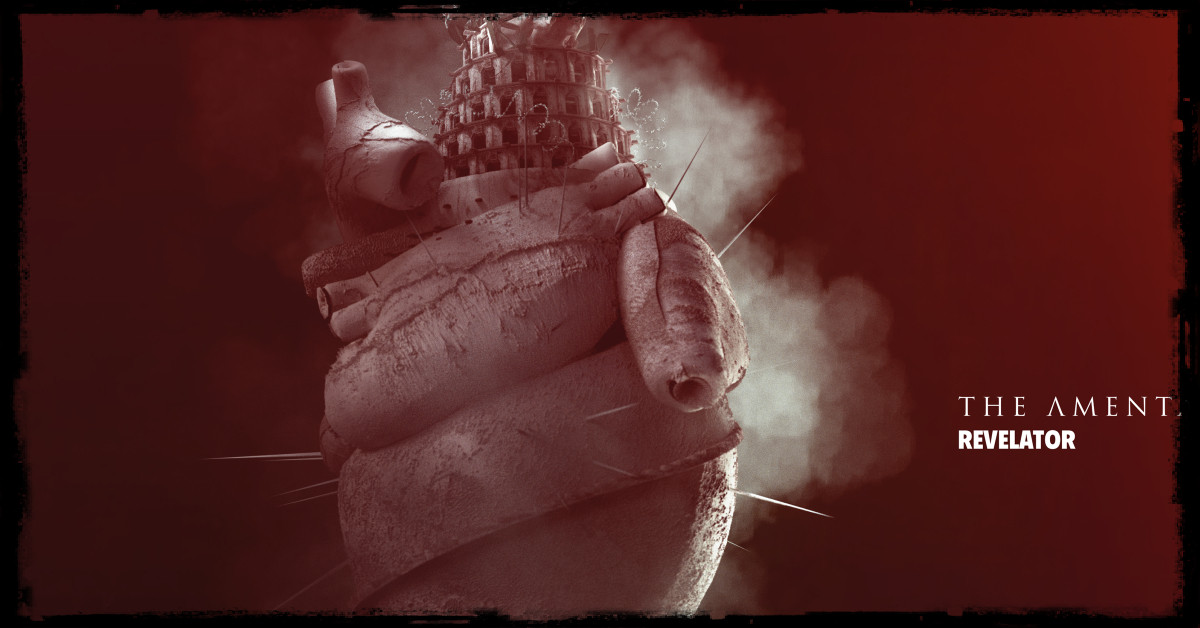 With the third single 'Parasight Lost', Australian Avantgarde Metal band THE AMENTA once more highlight an additional side of their multi-facetted forthcoming album "Revelator". While 'Sere Money' surprised many listeners with new elements, and the second single 'An Epoch Ellipsis' showcased the Death Metal roots of the band, 'Parasight Lost' thrives on the feeling of tension and subtle aggression, evoking a dangerous vibe.

For the presentation of the track, we teamed up with well-known webzine Invisible Oranges, and editor Ted Nubel states the following about 'Parasight Lost':

"Sometimes, all it takes to make a song command attention is a good, solid groove. In the case of THE AMENTA's latest single 'Parasight Lost,' we have exactly that: a bouncy, indecipherable pattern that drives the verse forward without feeling simplistic or limiting. But additionally fused together with the band's capable blend of extreme metal and drenched in an inescapable sense of industrial smog, the track showcases the group's command of both atmosphere and rhythm."

'Parasight Lost' can now be streamed on our YouTube channel:

Composer and keyboard player Timothy Pope describes vividly how to put 'Parasight Lost' in relation to the first two singles 'Sere Money' and 'An Epoch Ellipsis':

"‘Sere Money’ is obviously one of the more immediate songs in our back catalogue, in a hook sense, whereas ‘An Epoch Ellipsis’, while offering some new elements, did hark back in certain ways to older iterations of the band. I think ‘Parasight Lost’ is a synthesis of many of the newer elements on the album. Common across all three songs, I think, is our attempt to say the same thing in a different way. For us as the creators, there was no different method in creating these songs. We still worked with the same instruments and we still set out to create ugly, challenging and eerie music Our process involves chasing ideas that we find exciting, but we’re always looking to create that darkness and tension that I think is key to really good extreme metal. I think that darkness and tension is found in these three songs, and across the album as a whole. Worth noting is that Cain’s [Cressall] vocals, throughout the three songs that people have heard so far, have twisted and turned in strange ways but have provided the ‘narrative’ that holds the songs and album together. A song like ‘Parasight Lost’ bridges some of the worlds in the album and it is the perfect connective tissue between the centrepiece of ‘Twined Towers’ and the last third of the album."

Additionally, 'Parasight Lost' is also one of the compositions, on which it is possible to hear one very specific influence of THE AMENTA, namely the genre of Post-Punk:

"The composition of ‘Parasight Lost’ started with the drum beat from the verse. We had an idea for a repetitive, post-punk style drum beat with a bass line that was played percussively, along with the kick drums. Once we had that basic rhythm of the verse down, Erik [Miehs, guitars] improvised song ambient guitar noise and notes and the basis of the verse was complete. Working on the chorus riff, which has two parts, I remember Erik and I were trying to find the perfect balance for the tail of the riff where it stretched the time signature enough to add some strangeness without losing the forward momentum and drive of the song. The middle section, where the song breaks down to the tremolo guitar and revisits the verse rhythm, is one of my favourite parts on the album. With the repeated vocal phrase and guitar acting as the ambient element, it’s the bass, tied in with the drums, that leads the part. The bass line gets more and more complex as it goes on, and the way that section snaps back into the verse was one of those magic accidents," narrates Timothy.

"Revelator" will be released on CD, vinyl, tape, and digitally on February 19th. Pre-orders are possible via our EU, US, and Bandcamp shops. 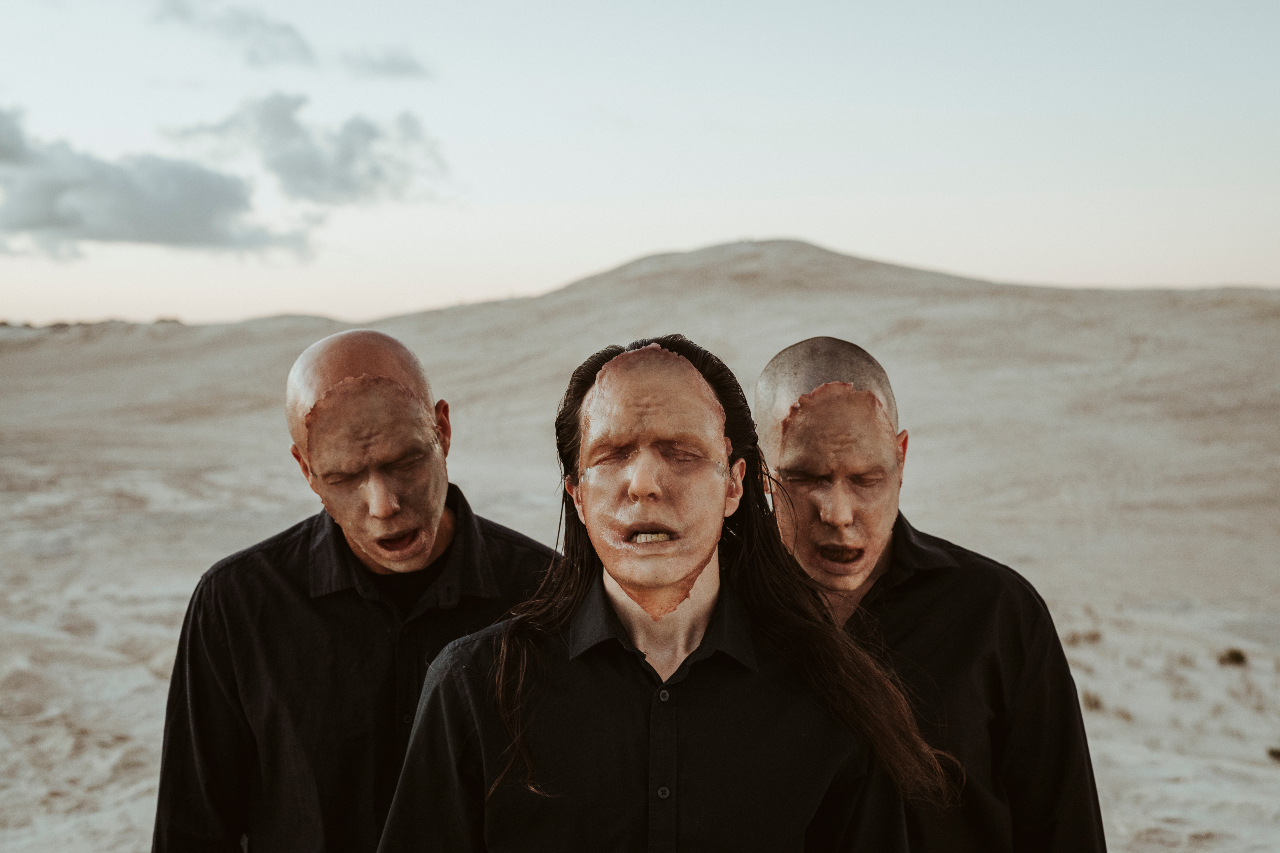