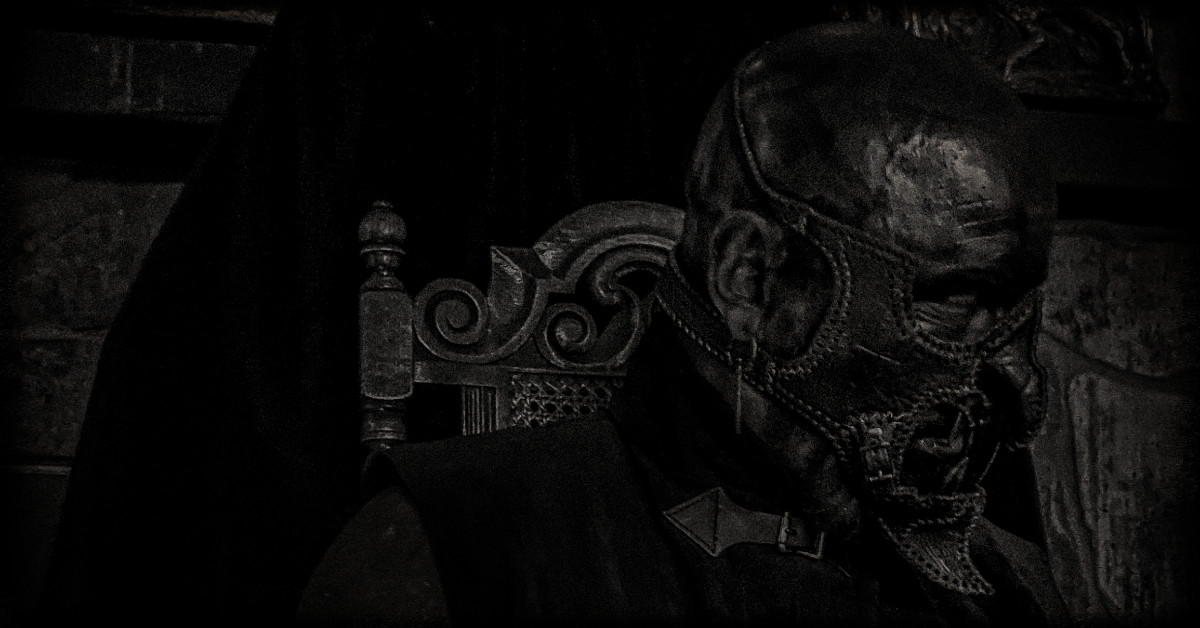 Two months before the release of "Melinoë", we are proud to unleash another AKHLYS magic(k)al work onto the plague-ridden world. With untamed fury and eerie melodies, the nightmarish song "Ephialtes" stems directly from the infernal Black Metal roots of mastermind Naas and commands a demonic attack on the mind of the listener. As Matt Bacon of Metal Injection rightfully states, "AKHLYS have mastered the art of creating epic and broad facing compositions that beat you over the head with crushing volume and devastating atmospheres."

In combination with the earlier released "Pnigalion", those two songs show with full force what one can expect from the whole album. Naas comments:

"I feel that the two tracks, "Pnigalion" and now "Ephialtes", stand as two complimentary yet different pillars whose aspects inform the structure entire. The former I felt was a shining example of the complexity and dynamism within AKHLYS that shifts between the dark and the majestic, while the later reveals the more ferocious side. While these felt exemplary as far as the various aspect and overall spirit of the album, I feel that each track stands just as strong, on their own and of their own accord, and even more so as an album entire. Each track and their arrangements are very intentional and construct a unified and organic vision when all is heard in its entirety."

"Ephialtes" can now be streamed on Youtube and Bandcamp.

The term "Ephialtes" is once again dervied from Ancient Greek culture, in which it was uttered synonymously for a daemon (a Latin word with a broader meaning than the English connotation of "demon") of nightmare. A more than fitting title for AKHLYS' art, however, there is even more to it, as Naas explains:

""Ephialtes" was not only a term that became synonymous with a daemon of nightmare by the Greeks, but one that appears to often have had a specific association to sleep paralysis. This association was alluded to in various Greek texts by mention of certain hallmarks of the phenomenon, such as the restricted breathing, the feeling of dread, so on. Later this association gained further solidity within certain circles of depth psychology as well, although what I am focusing on within the album is from the standpoint of esotericism."

To adequately capture the feeling of dread and terror one would feel when being invaded by such an entity, the track "Ephialtes" had to be crafted and conceived as a direct black metal assault:

"I wanted this track to evoke an aura of immediate and sustained panic, and so I took a more direct approach, going right for the jugular, so to speak. It needed to be vicious and with less adornment to sufficiently relay this. Where "Pnigalion" embodied the amorphic and shapeshifting aspect of certain nightmare entities, "Ephialtes" is the embodiment of the immediate and primordial dread that arises in such encounters. It was actually the last track I composed and ended up replacing another which simply did not make the cut. I had not planned on writing another song but then the opening riff just came to me one night. That initial riff simply invoked this perfect sense of panic and dread that I had been chasing over the months of composing for the album. The rest of the track just grew from this first composition."

"Melinoë" will be released on CD, vinyl and digitally on December 18th. Pre-orders are possible now via the our EU, Bandcamp and US shop.