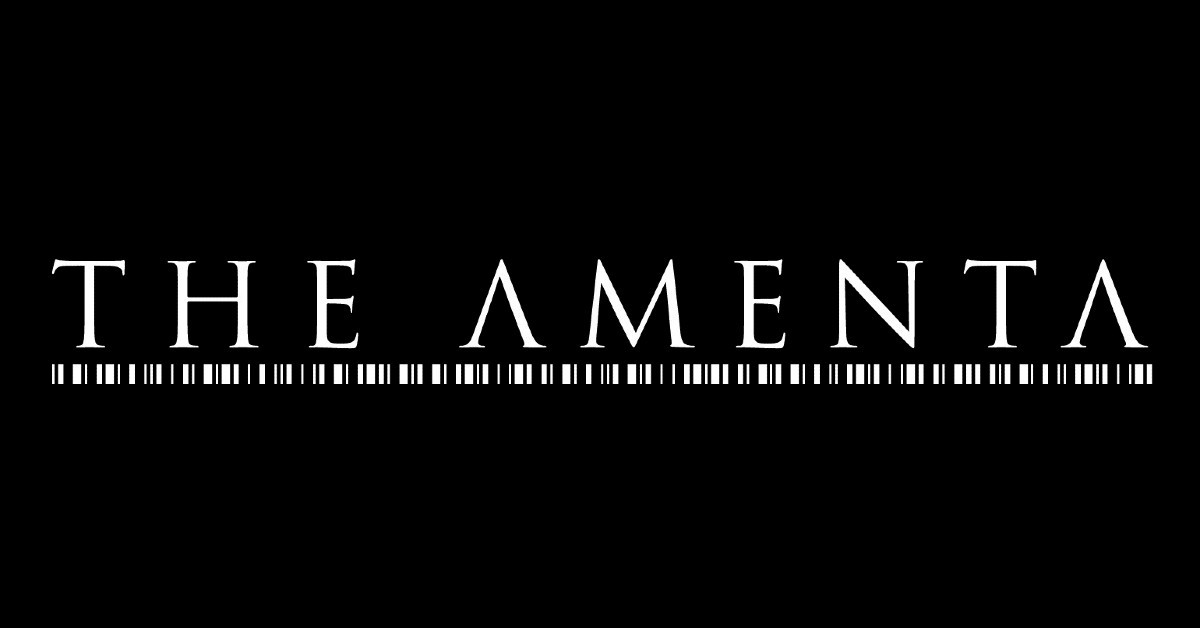 One of Australia's most sinister secrets has awoken from slumber to spew its venomous breath onto the world once again! THE AMENTA, well-known for their three albums "Occasus" (2004), "Non" (2008) and "Flesh Is Heir" (2013) seemingly went into a 7 year hibernation after releasing the aformentioned trilogy, but are now back and as they state, ready to pursue new goals :

After “Flesh Is Heir” we felt that we had said all that we needed to say at the time. Each album to date had been a progression for us and presented something that we thought was unique and unusual. However, the triptych of “Occasus”, “Non” and “Flesh Is Heir” had an underlying common spirit, so once the touring cycle of “Flesh Is Heir” was complete, it felt like a logical time for the band to take a break to reinvent itself. 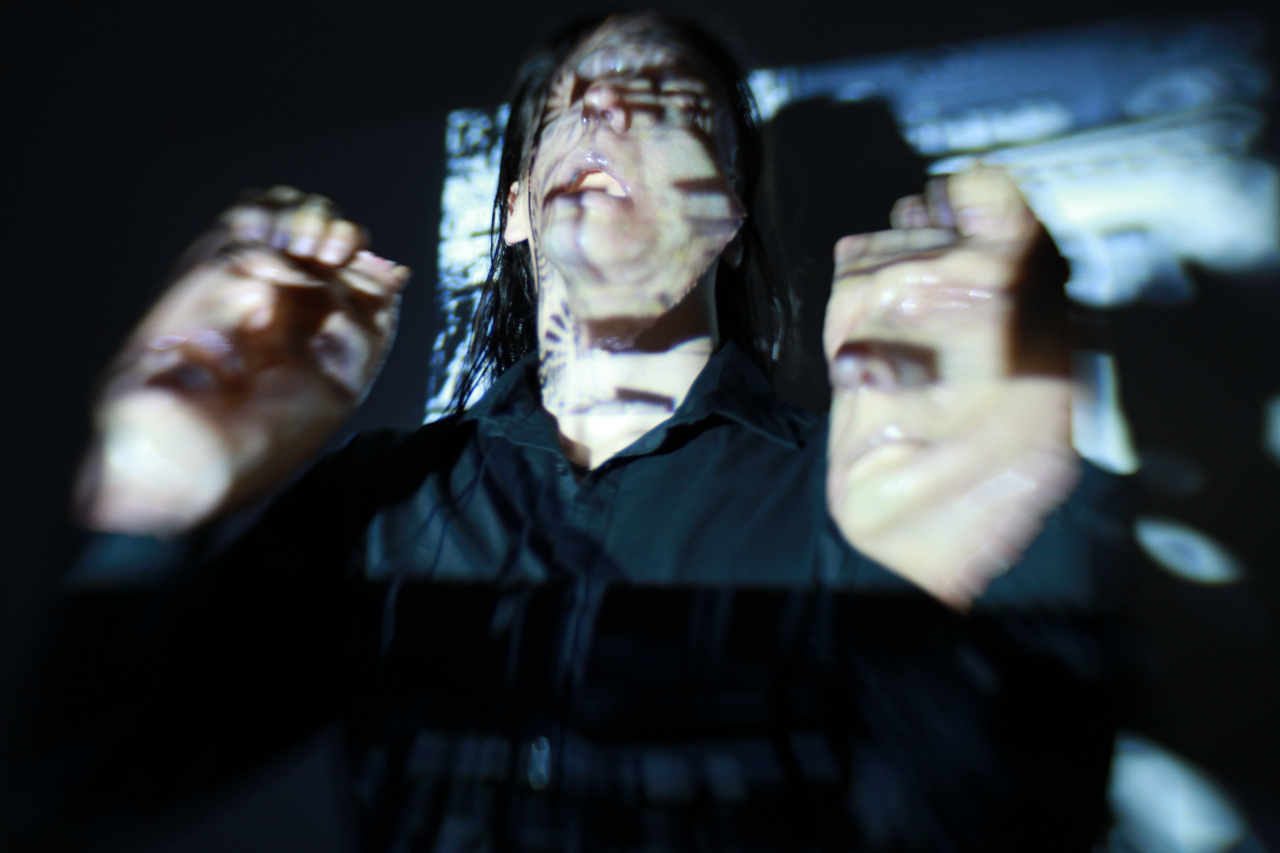 During this time, we gradually began work on what the next phase of how THE AMENTA would look like, sound and feel. We analysed and disassembled our approach to our instruments, our sound and our aesthetic. This work took place all over the world with members now spread out internationally, working in our individual home studios and meeting once or twice a year to collaborate in person. In 2018 the first clear vision of the new THE AMENTA began to take place. Now in 2020 we are ready to bring this new phase of black death noise rock to the world.

We are extremely proud to announce that THE AMENTA have now signed to Debemur Morti Productions in order to unleash their new musical vision. Far from being a typical Black or Death Metal band, THE AMENTA aim to carve innovative paths through darkness and, therefore, share a common mission with their new label home, as THE AMENTA state themselves:

Debemur Morti Productions has been on our radar for a long time. I’m not sure what the first release I was aware of was, but I do know that one particularly early one was “Mescalyne” by SPEKTR. Immediately I could see that Debemur Morti Productions was interested in the stranger and more artistic ends of the extreme music spectrum, so they became a label we would watch. Later they released a few albums by some good friends of ours, RUINS, and we know they had a great experience. Of course, in the years since, there has been incredible releases from great, forward thinking bands like BLUT AUS NORD, MANES and TERRA TENEBROSA and then just recently some incredible albums from the likes of ULCERATE, WHITE WARD, and SELBST.

One thing that we find very exciting about working with Debemur Morti Productions is that they are very focussed on the presentation of the music as an artwork. The roster of bands, past releases and the incredible support we have had so far suggest that experimentation, strangeness and left-of-centre music are the key common factors across these very different bands. To work with a label with a vision for boundary pushing music is very exciting to THE AMENTA. We hope that working with Debemur Morti Productions will allow us all to continue to push the envelope and challenge ourselves and our listeners with new ideas, new music, presentation, and art.

Having released all their past albums through French label Listenable Records and now moving to Debemur Morti Productions, we asked if they feel a special connection to this country or if it is pure coincidence?

When we first began searching for a label, before the release of our first album “Occasus”, we knew that we needed to reach beyond our own backyard. This was in the very early 2000’s and the internet was obviously not the streaming-capable behemoth it is now. We knew that a European label would understand our music and have the knowledge and market to promote to. Australian labels, at the time, were very focussed on the local territory only. We spoke to many labels, but Listenable Records was the one that seemed to have the focus and vision, and they were extremely supportive of our music. Having now been working with Debemur Morti Productions for a little while, it seems that this enthusiasm and support is a very French attribute. I think the French have an openness to interesting music, and a “high culture” aesthetic which gels well with what we believe THE AMENTA to be. To be honest, we didn’t approach Debemur Morti Productions due to them being French, but more that we have friends who have been on or are on the label and they spoke of them very highly.

So I guess you could say that it is more a coincidence than anything else. But you can also definitely say that the French have something very special musically and it is a great thing to be tangentially part of it. Considering some of the ground-breaking music coming out of France: BLUT AUS NORD is constantly challenging listeners, the aforementioned SPEKTR are incredible, GOJIRA are doing incredible things globally and then you have SVART CROWN and ANTAEUS. French bands seem to often operate outside of genre rules and I think that is something where THE AMENTA can see parallels with our own music.

Although long-time fans and new listeners still have a wait until new material by THE AMENTA becomes audible, to celebrate their return the band has decided to create an apocalyptic video clip for the song "Obliterate's Prayer" from third album "Flesh Is Heir". The composition perfectly dovetails the raw power of Industrial with the band’s Death Metal roots:

The lyrics of ‘Obliterate’s Prayer’ deal with the desire to have your consciousness destroyed or drowned by total sensory overload, particularly in sound. The metaphor used throughout the lyrics is that this would be like being adrift in rough seas, being beaten by waves, drawn to their highest points and crashing with the wave before sinking below the surface, to where it is dark and calm and eventually there is nothing.

The video was put together by Erik [Miehs, guitars]. He chose imagery that represented both this process of sensory attack and overload, as well as the eventual total void. There are repeated shots of televisions flickering static, which is a visual representation of white noise, every frequency at once. The ocean imagery combines both the savagery of the elemental force, and the potential calm.

The live band shots in the video are from our appearance at Sonic Forge Festival in Melbourne, 2013, During the last few Australian tours, we filmed most shows with multiple cameras. During this period in which live shows are not possible everywhere, we decided that we would release some of these live shows that have sat in our vaults for several years. Many of these shows are currently uploaded in full on our YouTube channel. THE AMENTA live shows are renown for being intense, with a commitment to total sensory destruction.

Please take this teaser for what it is: a first sign that darkness is rising again from Australia. In partnership with Debemur Morti Productions, THE AMENTA will release their long-anticipated new album at the beginning of 2021.