Call Of The Maelstrom

Aptly titled, "Call Of The Maelstrom" unites both bands not simply by geography - VASSAFOR hail from New Zealand, while TEMPLE NIGHTSIDE hail from Australia - but rather, a shared sensibility and strive to explore the abyss, whatever plane it may manifest itself. Widely revered in the underground for their serpentine sonic sorcery, VASSAFOR here deliver four of their most direct tracks to date, grinding forth with utter barbarism that nevertheless retains the band's characteristically mesmeric quality - and a certain hideous hypnosis. On the flip, TEMPLE NIGHTSIDE carry forward the bestiality with two soul-rending shards of gnawing, beyond-sepulchral Metal of Death that, over their more extended length, frequently drive deep into totally doomed territory. Taken a a whole, "Call Of The Maelstrom" works both as a special record that expands both bands' respective canons and also as a stand-alone experience. Returning from that experience - that ABYSS - is another matter... 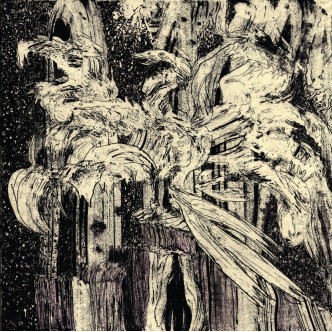