Pressed on black / blue galaxy effect heavy vinyl. Comes with a 12-page 12"x12" booklet and a download card. Colors on final record may vary to a degree from the mockup.

The creation of 2 musicians better-known for esteemed Death and Doom Metal – multi-instrumentalist L.L. (DESOLATE SHRINE, CONVOCATION, ORDINANCE) and vocalist/lyricist M.M. (CORPSESSED, TYRANNY, PROFETUS) - "The Ashen Abhorrence" is an immersive, addictive slice of timeless Black Metal delivered with the confident swagger of those who worship eternal darkness. 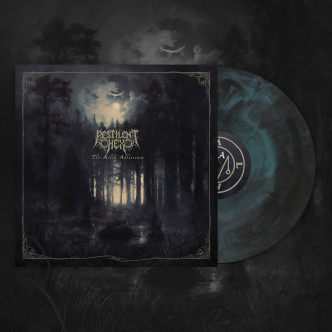