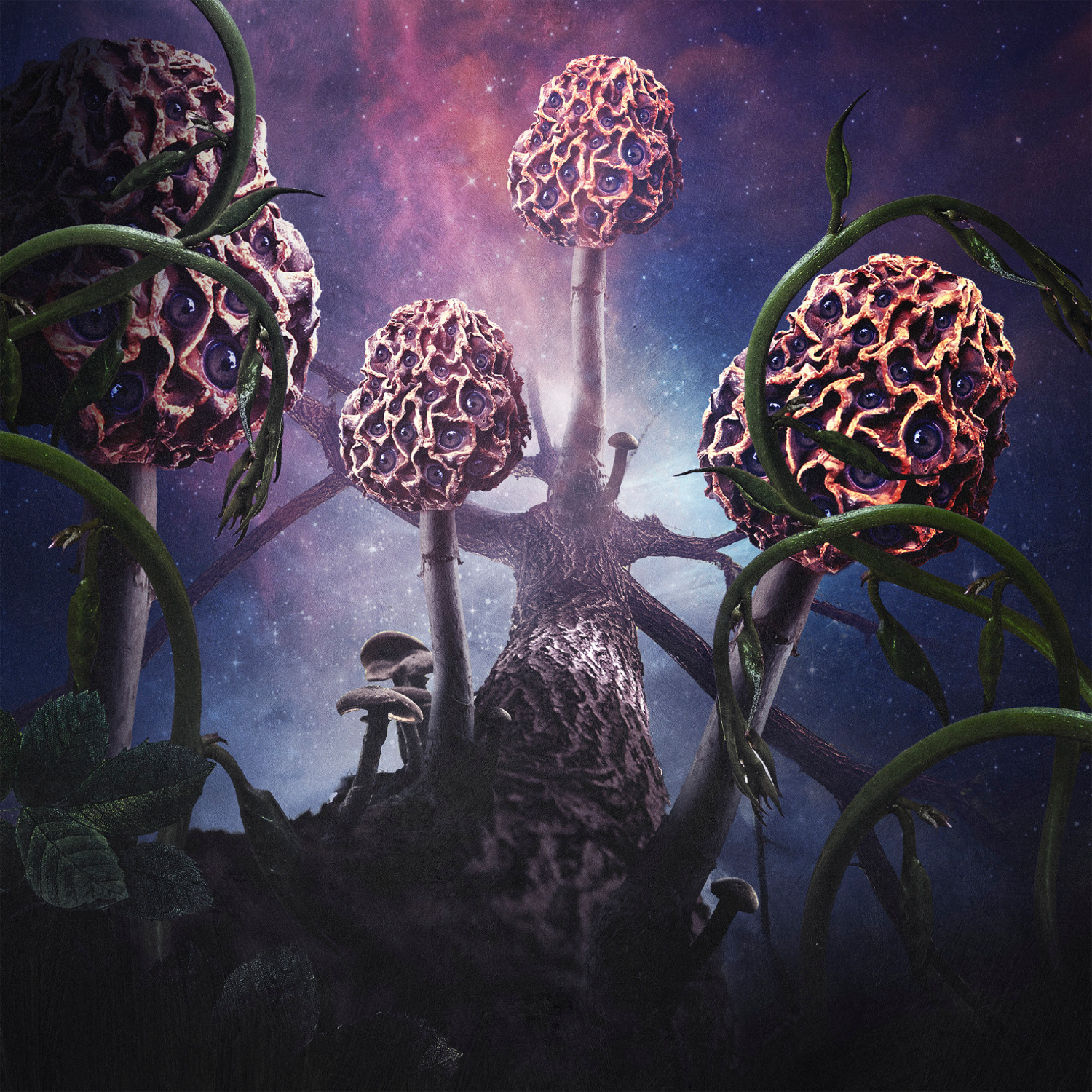 "Hallucinogen" is yet another coherent universe from a band who have moved away from familiar tropes, aesthetics and comfort zones to unite – with Dionysian spirit – under/overland, surface/void, metropolis/mountain, and the vastness of the mind’s eye into an indispensable addition to their unparalleled body of work.

Metal Hammer posted an early preview of "Hallucinogen", commending, “As well as being aptly named, "Hallucinogen" offers another sonic leap for a band who continue to evolve and expand nearly a quarter century on from their devastating debut album, "Ultima Thulée". Still sounding as though your DNA is being spliced with stardust from a distant galaxy, BLUT AUS NORD have shifted their axis from dense, roiling pitch-shifting dynamics to a more refined and open-ended sound, vaster in scope than ever before, devotional in its splendor and fealty to powers beyond time and space, and capable of ensnaring a new generation of intrepid metalheads drawn to the notion of black metal as a spiritual, mind-relocating experience”.

“Hallucinogen marks a new stage in our process of perpetual regeneration”, BLUT AUS NORD architect Vindsval offers. “Music is a fascinating quest without end… and it would be a mess to express the same range of emotions, a mess to remain frozen in the same aesthetic, the same energy, a mess to compose and release the same thing again and again… and again”.

"Hallucinogen" will see release on digitpak CD, 2xLP, cassette, and all digital formats worldwide on October 11th. The vinyl edition will be available in four variants; black vinyl, a Debemur Morti exclusive variant, a North American exclusive variant and a Season Of Mist exclusive variant.