Containing three songs, this short and precious release is composed of an exclusive new song, "Mother Tongue Of Heresy", along with a totally re-arranged and re-recorded version of the old ambient/acoustic composition, "Arges - Raul Doamnei", and the classic WALLACHIA hymn "Fullmoon Above Fagaras" (this time with English lyrics).

Like a sublime celebration of the golden age of Norwegian Black Metal, "Carpathia Symphonia" presents WALLACHIA in its purest form: symphonic, raw and pagan.

CD1 contains the “Carpathia Symphonia” EP as well as a remastered bonus version of the debut album, “From Behind The Light”. CD2 contains the "Ceremony Of Ascension" album as bonus. 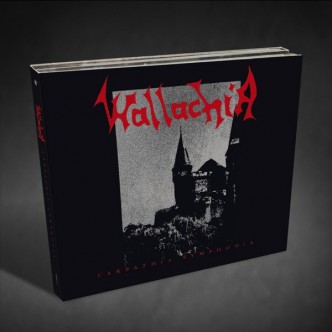