May saw the release of “We Disappear”, the newest slab of blackened post-metal from Poland’s HEGEMONE. A dark and monolithic follow up to their independent debut “Luminosity”, “We Disappear” represents a promising beginning to what will hopefully be a long and fruitful pairing with Debemur Morti Productions. Below is the interview I conducted over e-mail with Kacper Jachimowicz, guitarist of HEGEMONE.

Hello. My name is Robert and I’ll be conducting this interview for the Debemur Morti website. Could you please start by introducing yourself and HEGEMONE to myself and the readers?

Kacper: Hi Robert! It is nice to have this conversation. So HEGEMONE consists of Jakub who is playing bass and throat, Tomasz the electronics, Tomasz the drummer, and I am the guitarist. And there is nothing special about us.

You just released your sophomore album, “We Disappear”, under Debemur Morti, who you’ve recently signed with. To my knowledge, your debut, “Luminosity,” was self-released. What has your experience working with the label been like so far? How has it compared to being independent?

Kacper: There is not much difference between being “independent” and “signed.” The only one is, that DMP is doing really great work in promotion, so it gives us time to focus on doing what we like the most - playing music! Comparing release process of “Luminosity” to “We Disappear”, I must say that we have had a lot of tiresome work with “Luminosity”, like promotion, printing etc. Now, after releasing “We Disappear”, I must say that DMP did their part in a very satisfying way. So when somebody will ask me if it is better to be “signed” or “independent”, I would choose the first option.

What emotions or meaning do you mean to convey with HEGEMONE, how does “We Disappear” reflect that intention? Has this message evolved since your debut?

Kacper: All our albums will be about something different I think. “Luminosity” was quite a positive album (in lyrics), but “We Disappear” is completely different. I mean - the concept of this album is a bit like looking at your ancestors' old photography when you realize that somebody will be looking at yours when you will be gone. Regarding your question - yes, our message will be evolving because as a people we are interested in many things, ideas, cultures etc. So, it is really hard to tell in which environment we will place next album.

HEGEMONE strikes me as very eclectic, kaleidoscopic even, in that I hear the influences of many different genres and artists, the music ebbing and flowing between many different sounds and motifs. What artists have influenced you as musicians? What about non-musical influences? What inspires you to create?

Kacper: Everything inspires us! Musically I think we have chosen the best metal genre. So-called “post-whatever” is something unspecified, so it gives you the infinite possibility to mix everything you like to play without thoughts like “is it still the old good thrash metal we told ourselves to play?” I think we have called ourselves a “post-metal band” to be able to not choose any genre.

Besides music, each one of us has a different story, but we have one thing in common - we can inspire each other with any article, documentary or story. I think our main inspiration is human cultures and the wide-reaching world.

In April you put out your first music video for the song “Raising Barrows”. Such a beautiful video in my opinion, the cinematography is stunning and is a perfect complement to the music and imagery on display. What was it like making the video and working with Woda i Pustka? What made you choose this song for the video?

Kacper: Woda I Pustka has great ideas and we knew that when we asked him to make a video. We totally left him to do what he wants with this video and we knew that it will look great. He is a sensitive artist so it was best to let him feel this track and visualize it. 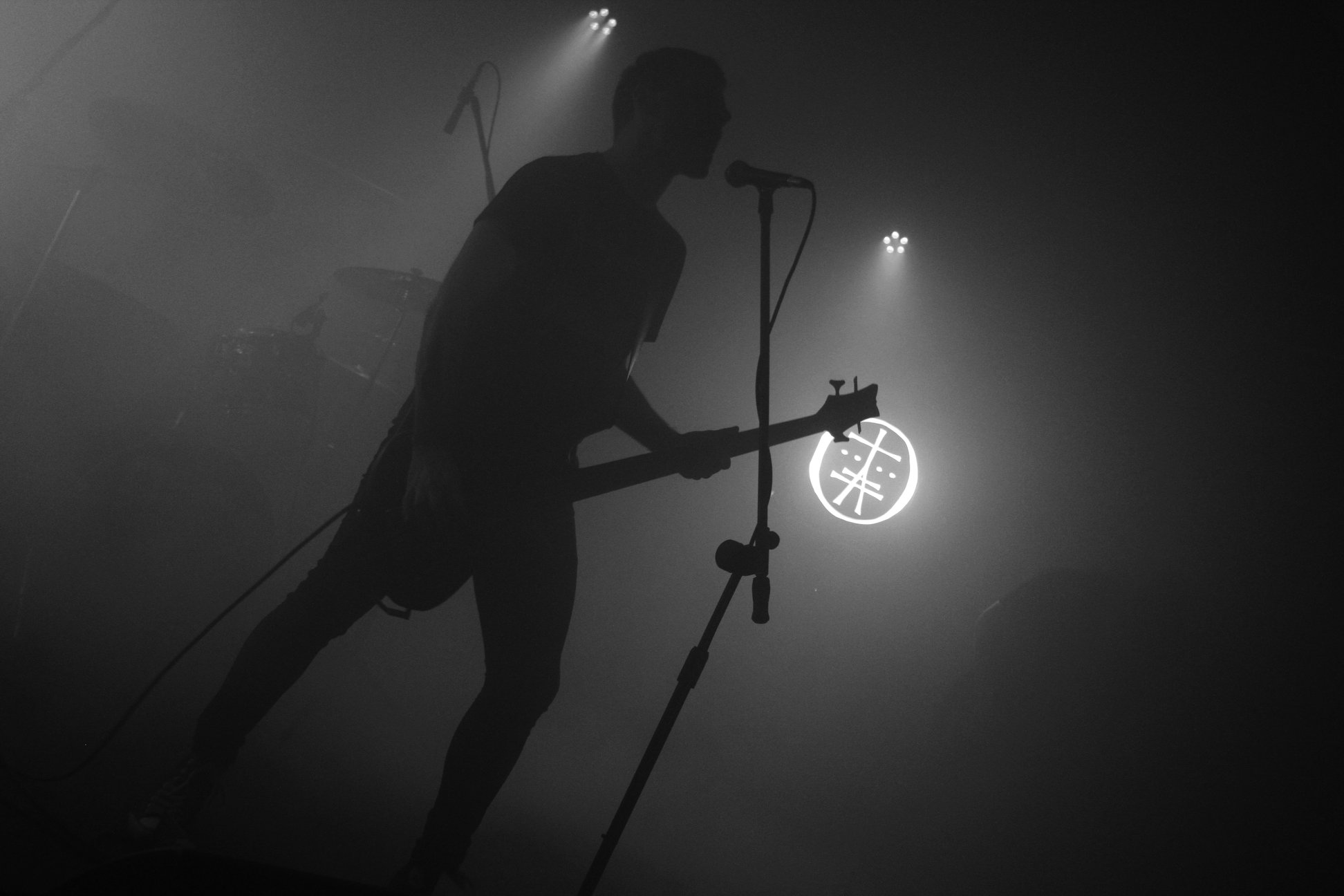 While on the subject of visuals, Dehn Sora’s artwork for “We Disappear” is a fitting piece, mysterious, yet expressive and suffocating. What is this image intended to express? Were you brought together through Debemur Morti or did you have his art in mind ahead of time? Will you collaborate again in the future?

Kacper: As you said, DMP contacted us with Dehn Sora. And it was the same situation in the case of the music video for “Raising Barrows.” We just told him about the concept using a few keywords that express the geographical environment that this album is placed in, and he started to work on it. The effects are like you said - stunning! We totally liked his work and accepted all graphics instantly. Dehn Sora is a sensitive artist who knows what he is doing, so it totally suits us regarding cooperation in graphics. We are also amazed about the last Throane album, so we hope to cooperate someday in a different ground than graphics.

Poland has a huge roster of great bands to its name, Mgła, Evilfeast, Behemoth, Vader, just to name a few. What do you feel sets HEGEMONE apart from other bands in the Polish scene? Do you have any contemporaries from Poland you’d like to recognize or work with in the future?

Kacper: Every band is different I think. Every band has their own musicians who have different feelings, emotions and playing style. So, what makes us different than the others is the fact that we are these four people.

Poland has developed a very expanded metal scene in the last few years. Sometimes I can spend all day listening to different bands from our country and not one song will repeat! When it comes to working with other Polish bands? I think first of all it would be nice to play a common show with Body Package. Their vocalist Karolina has recorded a part in “We Disappear” so it is a natural choice. Lately we are amazed by the latest album (and one gig together) by “Also With Razors” (strongly recommended!), so a small tour with these guys would be nice. Also, on our release party, there was a band from our town called “Ugory” - I cannot break free from their new album! Yes - Poland is more than well-known bands.

What has been your experience playing live so far? Do you enjoy playing live as a band, and will bringing “We Disappear” to a live setting be a priority for the band in the days to come?

Kacper: Yes, we love to play live, because this is the moment when the emotions come out for real. So far, we have played “We Disappear” live on a few gigs, and it was awesome to release all of this after a year in a rehearsal room. Right now, we have most tracks from “We Disappear” on our setlist. It will be changed in some time, but right now we take great pleasure to play this album live so it stays as it is.

Thank you very much for taking the time to answer questions and shed some light on HEGEMONE. Do you have any closing statements, anything you’d like readers to know?

Kacper: Thank you too! Let the sound speak for us.