Norwegian legendary band WALLACHIA are back six long years after the critically acclaimed "Shunya" with a highly anticipated new album, undoubtely their most grandiose release to date, entitled "Monumental Heresy".

This fourth offering is a continuation of the rich hybrid experimentation of last full-length and a simultaneous backward glance towards the harshly beautiful atmosphere of the band’s earlier works... never before have WALLACHIA pushed songcraft or the dynamics of their sound as far.

To keep you waiting, we unveil "Heathen Shores", a majestic first excerpt taken from this epic record :

"Heathen Shores is the first excerpt we present from the brand new WALLACHIA album. This 9-minute majestic track really sums up the sound and musical vision of WALLACHIA perfectly. The track opens with the intro that was arranged and performed by Athelstan from the UK band FOREFATHER. Further into the song we also introduce the 4-piece male choir with guests from France and Austria doing an amazing job by enhancing the song's already epic feeling.

The song itself is a tribute to our home surroundings and the timelessness of the rough Norwegian landscapes, standing untouched and firmly representing our Heathen heritage. The wilderness is our source of spirituality and reflection - to whom we give our reverence. And we feel that musically and lyrically this song delivers a raw, majestic and Norse vibe from the first note until the last."

"With this album we take one step forwards with the orchestral elements that was present on the previous album, Shunya, and at the same time we are much closer to our early days and the more savage approach, with a lot of dual vocal parts giving it some extra punch. Heathen Shores is a good representative for our sound as whole on the 4th opus Monumental Heresy." 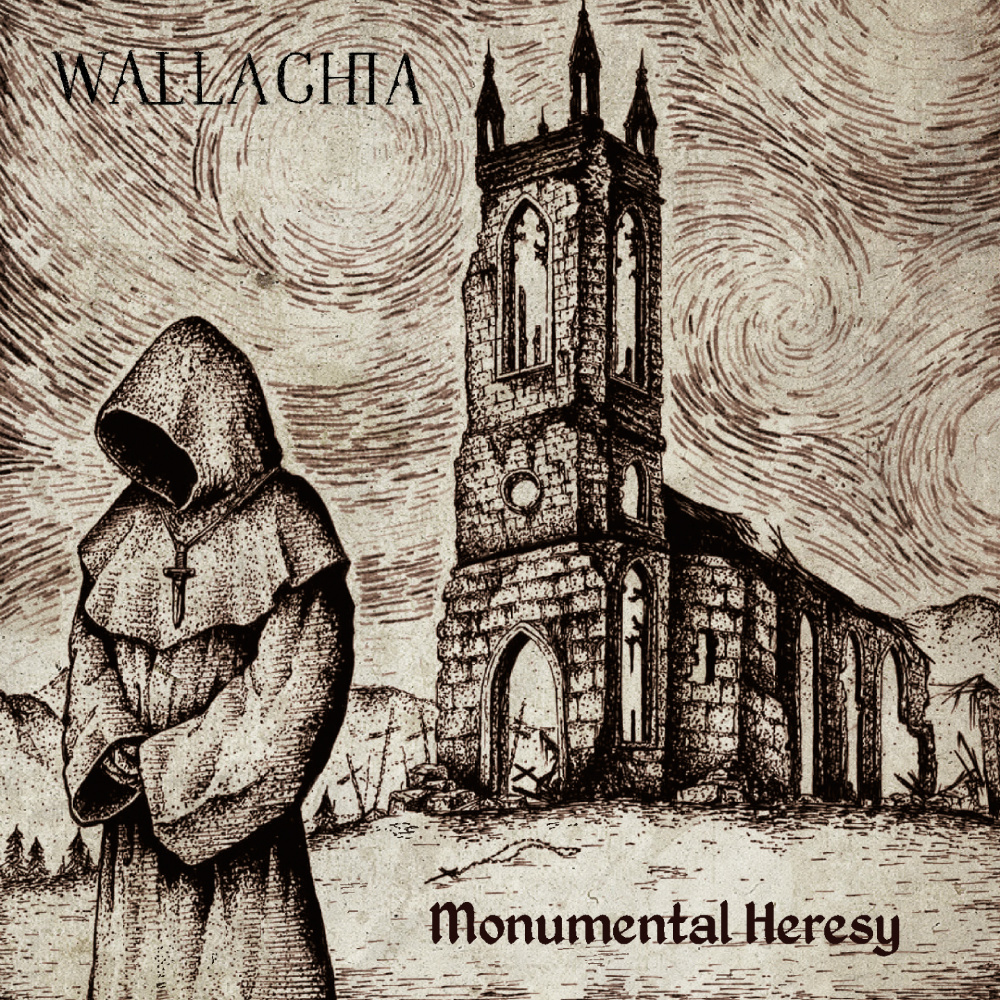 1. Heathen Shores
2. So We Walk Alone
3. The Prophets Of Our Time
4. Silenced No Longer
5. The Parallel Fate Of Dreams
6. Beasts Of The Earth
7. Returned Favor Of Abandonment
8. Untruthology Abolished

The magnificent artwork was crafted by talented Artist Lucile Deadmunchst and the layout put together by Céline Bouvier.

"Monumental Heresy", scheduled for release on April 13th on Debemur Morti Productions, is available for preorder right now on Gatefold CD and Digital.